At Mobile World Congress 2013, we expect cool new smartphones, tablets and phablets. Check out some of the most interesting gadgets on tap.
Eric Zeman
Contributor
February 21, 2013 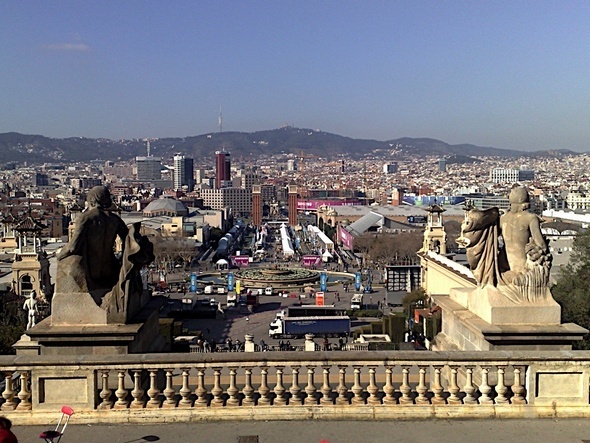 Mobile World Congress, the premier event covering all things related to mobility, is held every year in Barcelona, Spain. It's an annual rite of passage for phone makers, network operators, technology purveyors, and app and service developers. If you're a gadget lover, you'll want to take a closer look at the smartphones, tablets and phablets we scouted out in advance of the show.

The show officially runs February 25 - 28, but the day before the show floor opens will be a busy one, with press conferences and other ancillary events.

MWC has grown significantly in recent years and is now the largest trade show to take place annually in Barcelona. In fact, the city built a brand new convention center, the Fira Gran Via, specifically to handle the 60,000 or so attendees, press and exhibitors who make the annual trek to Catalonia. The GSM Association, the trade organization that produces the event, says the new venue is 50% larger than the previous one, boasting some 94,000 square meters of exhibition space amidst 240,000 square meters of overall area. The Fira Gran Via offers more seating, more protection from the elements and better amenities.

Barcelona is a seaside city that offers travelers some of the best cuisine and nightlife in Europe. When attendees aren't busy with mobile business, they can dine on the city's excellent tapas, sip cava (local sparkling wine), stroll down La Ramblas, view Gaudi's incredible architecture and party at the city's many clubs.

MWC draws people from around the world and never fails to deliver plenty of fodder for both consumers and the enterprise. In its earliest days, MWC served as a showplace for new mobile technologies, and that focus remains very much at the core of the show. Wireless networking companies such as Ericsson and Nokia Siemens Networks and their carrier partners such as Vodafone and Telefonica will be demoing new mobile broadband technology, for example. At the same time, smartphone makers will reveal the newest camera technology for their devices, the latest in user interface designs and giant screens. Whatever is announced at MWC 2013, you can be sure it will trickle down to consumers and mobile professionals alike.

Although some of the industry's biggest players (Motorola/Google, Samsung, HTC) are sitting this year out, we still expect plenty of news. Major phone companies such as Nokia, LG, Sony, Huawei, Asus, Acer and ZTE will be announcing new products at press conferences throughout the week.

Take a closer look at a few of the intriguing new devices that will be on display at Mobile World Congress 2013.