Mobility Tips: Planning For The Next Power Outage

Hurricane Sandy cut off millions of people from the power they needed for their mobile devices to call and text friends, relatives and coworkers. You can be ready for the next power outage with a little forethought and equipment for battery charging.
Larry Seltzer
Contributor
October 31, 2012

I live in northern New Jersey, an area currently reeling from the effects of Hurricane Sandy. Almost alone among local residents, I never lost power or phones or Internet access. But I was prepared anyway.

If you rely, like I do, on a mobile phone, tablet, and other devices, you need to charge them fairly frequently. The line at the local Starbucks is currently out the door and every seat and electrical socket is taken, so that's not necessarily an option. Based on my experiences last year with Hurricane Irene, during which I did lose power (and water, which was much worse) for a couple of days, I bought some equipment to help the next time. Here's my advice:

First, I still strongly recommend myCharge external battery charging devices. I reviewed the myCharge Summit 3000 a couple of months ago, and I carry this thing in my bag wherever I go. They have a 6000 mAh version, twice the capacity of the one I reviewed for just $20 more. 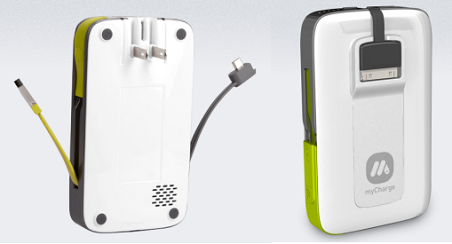 The myCharge products have great features: They have the plugs built into the device and a wall socket for fast charging. But on a pure dollars-per-milliamp-hour basis, there are better deals.

For outages that last more than a day, stock up on the Monoprice 5000 mAh External Battery Pack. It lacks many of the useful features in the myCharge device so you might not want to use it on a daily basis, but for extreme times you'll appreciate the fact that it's a little over one-third the cost of the myCharge in battery capacity.

What's it missing? It has no wall plug, so you have to charge it through the USB port, which will be slower. It doesn't have the cable heads connected, so you'll need USB adapters for your device. Unlike the myCharge, you can't sync data through the charger. 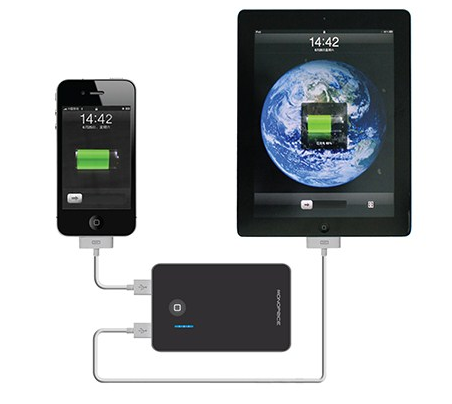 What if you have multiple devices to charge and not enough power outlets? The answer is you have to make some more. I own a couple of Monoprice 4 Port USB Wall Chargers (below, left). They're easy to carry and one of the ports has 2.1A for the newer iPads.

Another option is the Belkin Mini Surge Protector with USB Charger (below, right). This gives you two USB ports and three three-prong power outlets in a compact form.

Finally, remember that a lot of devices come with plugs that don't fit in that tiny space for the power outlet. That's why I always carry a couple of short three-prong extension cords, like the one on the right. These are especially handy with the external power bricks that so many electronics insist on using.

And as long as you're shopping at Monoprice? Pick up a bunch of the really cheap USB cables, especially the ones for Apple devices (although they don't have Lightning yet). You can't have too many of these things because they always get lost.

I've found that when you carry a bag of this stuff you don't just save your own butt. When it's the aftermath of a storm like Sandy and everyone needs help, you can be the hero of the coffee shop with all those extra plugs and cables. So think ahead and when the next outage comes around, you'll be on top of things.