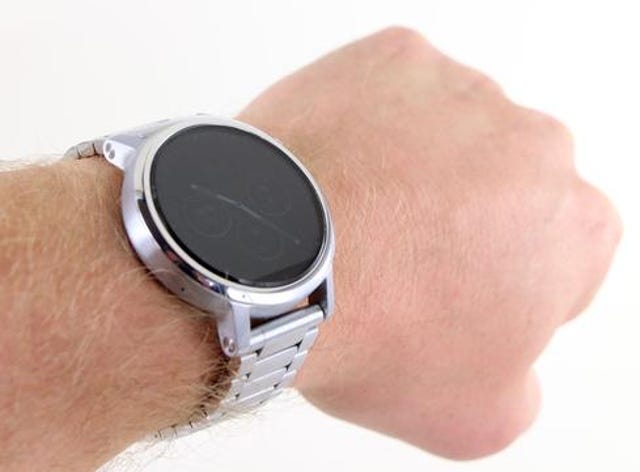 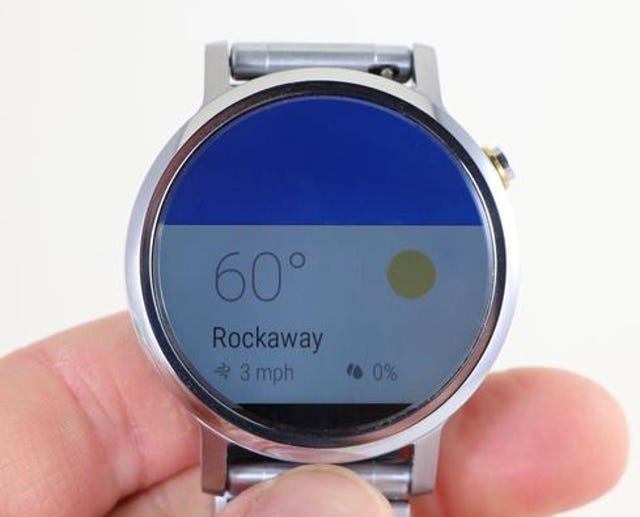 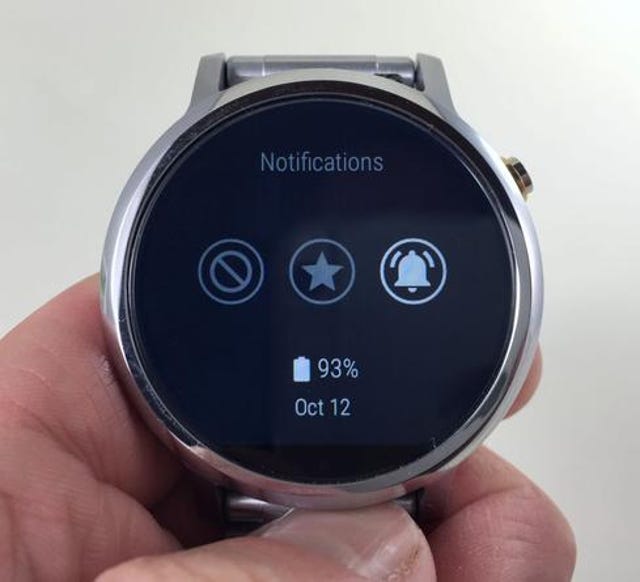 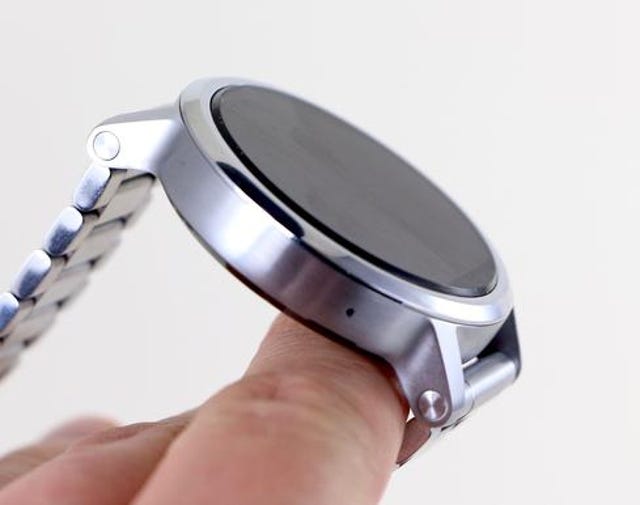 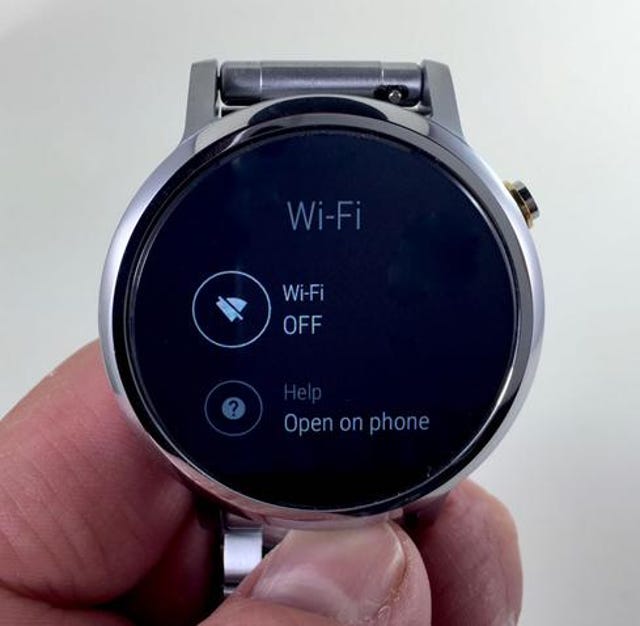 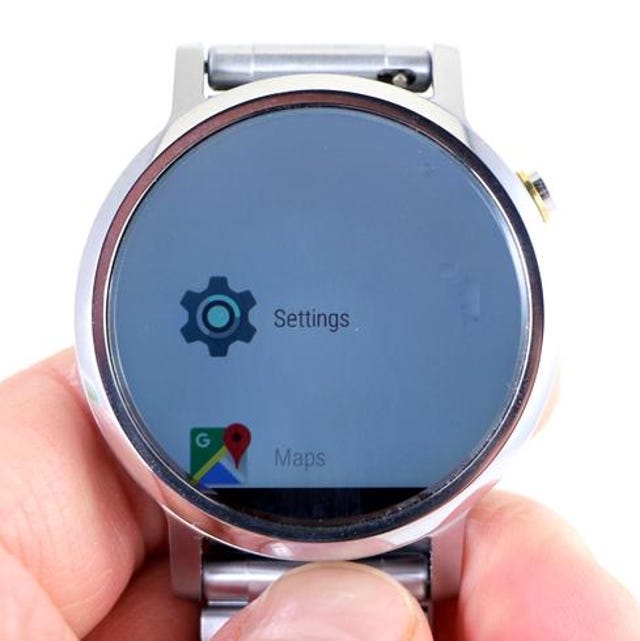 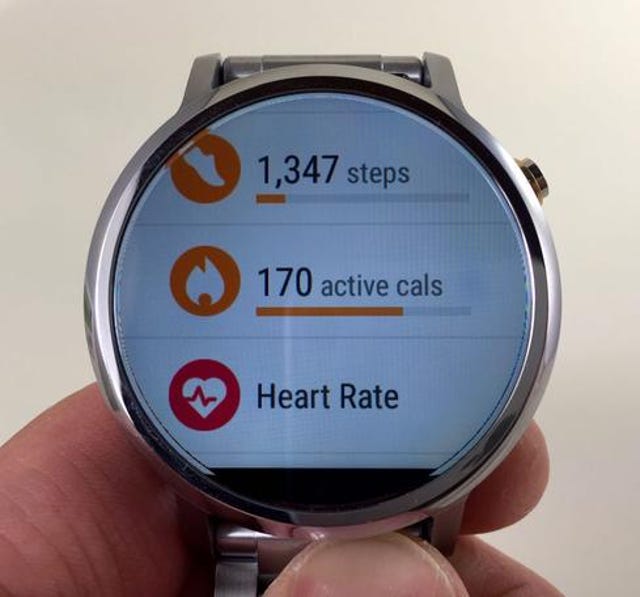 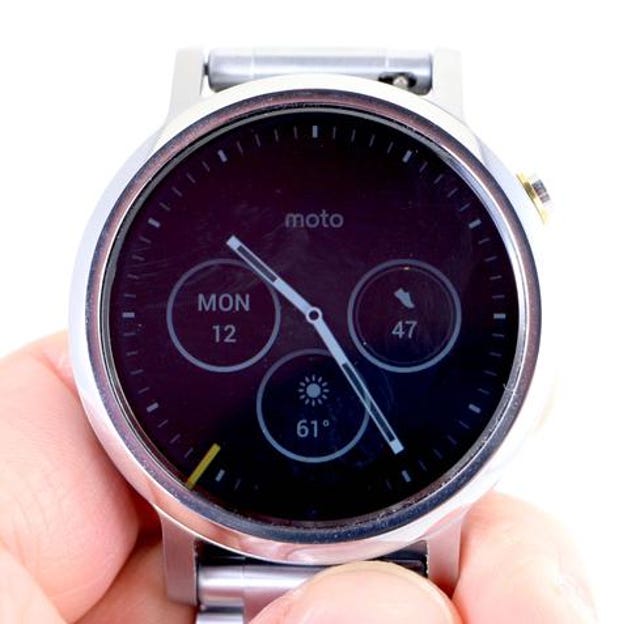 The new Motorola Moto 360 is dramatically better than last year's model. The wearable is improved in nearly every way, and delivers more of the core experience consumers seek from their smartwatches.

Motorola debuted the Moto 360 in early September and began taking orders for the wearable by mid-month. With the 2015 Moto 360, Motorola is allowing people to customize the features and appearance of the smartwatch through its Moto Maker web site. This is a fantastic tool that allows consumers to create the smartwatch of their dreams -- so long as they have some patience.

With that in mind, let's take a deeper dive into the Moto 360 smartwatch.

First, Motorola allowed me to design my own review unit, so I went with a classic stainless steel look. To start, the screen is available on two different sizes: 42mm or 46mm. I opted for the 46mm screen. The body of the watch, chamfer, and band are all stainless steel in the review unit I created.

Motorola offers other options. For example, there are brown and black leather straps, as well as black and gold stainless steel bands. Similarly, the body of the watch can be stainless, black, or gold, as can the chamfer around the watch screen. This mix allows for plenty of variety in the design, though it is limited to more conservative styles and doesn't yet have sporty or colorful bands. (The Moto 360 Sport goes on sale later this year.)

As much fun as it was to design the Moto 360, waiting for it was less so. I placed the order on Sept. 9 and received a confirmation email right away. Motorola gave me an expected delivery date of Oct. 2. I received no communication from Motorola for two full weeks. When I did hear from Motorola, it was to explain my watch was finally being assembled. Another week passed and I received an apology email from Motorola to say it was having difficulty assembling the watch and that its arrival would be delayed until Oct. 9.

Looking at Moto Maker today, it appears the stainless steel bands are popular among those ordering the watch: they are all sold out and can't be selected when customizing the Moto 360. It seems to me Motorola could be doing a better job with the design-you-own process.

If you don't care to design your own watch and want one right away, select pre-configured styles (with leather straps) are available from Amazon.com and Best Buy.

Now that I have the smartwatch, I looked at several different aspects of the device, including the hardware, storage, connectivity, the operating system, and how the Moto 360 helps with keeping track of fitness and health. Here's what I found.