The handset maker is looking to its Google Android-based smartphones, like the Verizon Droid, to regain market share.
W. David Gardner
Contributor
October 29, 2009 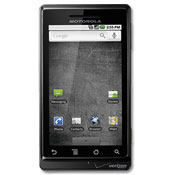 A penny a share in profits doesn't exactly qualify as a turnaround, but in addition to two new well-received smartphones, Motorola finally delivered some good news Thursday as it reported its third quarter financial results. The company also moved to fix a messy controversy involving its CFO position by appointing Edward Fitzpatrick permanently to the post.

Revenues at the company's main two units dropped to $5.4 billion from $7.48 in the year-earlier quarter, but Motorola delivered a $12 million profit. The net loss in the previous year was $397 million.

The company has been basking in favorable reviews of its two new Google Android-based smartphones, which it hopes will turnaround the precipitous drop in its worldwide mobile phone market share. Motorola, which practically invented the mobile phone, has dropped to also-ran status of 4.7% market share in the category.

The two new Motorola phones -- T-Mobile's Cliq and Verizon Wireless' Droid -- have been introduced to generally favorable reviews, but their sales aren't likely to make much of an impact until next quarter.

In a statement, Sanjay Jha, co-CEO of Motorola and CEO of its Mobile Devices unit, said: "We delivered on our commitment to improve the financial performance of Mobile Devices and to commercially launch two smartphones in time for the fourth-quarter holiday season. The introductions of our new products powered by Android are important milestones."

The company hasn't had a "hit" phone since its RAZR handset, developed earlier in the decade when the company was led by Christopher Galvin, the last executive in a long line of Motorola's founding Galvin family.

Jha was hired from Qualcomm to turnaround the Mobile Devices unit and he has quickly succeeded in stabilizing the operation and pointing it in a new direction. The keystone of his strategy appears to bet heavily on Google's Android platform. He added, "Next year, we will continue to expand our smartphone portfolio and deliver improved financial results."

Motorola's other co-CEO, Greg Brown, of the company's Broadband Mobility Solutions unit, took note of several new product introductions and said the operation was managing its cost structure and operating margins well even as revenues fell. He said: "As the economic environment improves, we believe our businesses are well-positioned for continued success."

Home and Networks Mobility segment sales dropped 15% to $2 billion. As high points, the unit shipped 3.3 million digital entertainment devices and delivered its 1 millionth WiMax device. At the Enterprise Mobility Solutions operation, sales were down 13% to $1.8 billion from a year ago. A highlight for the unit was the introduction of its rugged mobile computer, the MC9500. The device supports both GSM-HSDPA and EV-DO Rev A wireless broadband connectivity.

Motorola also appointed Edward Fitzpatrick permanently to the CFO position. He had been serving in the post on a temporary basis after former CFO Paul Liska left the company. Liska was fired and he is suing Motorola for retaliatory discharge, according to media reports.