Samsung, Apple and the other handset makers have been racing for years to add new, power-sucking features to their phones with no concern for the impact on battery life. Now that consumers are beginning to realize that last year's model is still pretty good, it's time for the industry to raise the energy efficiency standards from "good enough" to "much better."
Larry Seltzer
Contributor
January 27, 2013

Have you noticed how every smartphone battery nowadays falls short? You're really lucky to go a whole day of usage without running out of power. So why do the handset companies keep adding new power-sucking features with each new generation? Instead, it would be worth taking a generation off simply to improve the efficiency of what's in the current lines.

I've had this feeling for a long time. Recently, I evaluated a Nokia Lumia 920 Windows Phone and loved it. I had a few disappointments, the biggest one being battery life. It has a fairly big battery, 2000mAh, but it also has a big, beautiful IPS display: 1280x768, 332 ppi, 600 nits, and all that display goodness drinks electrons like a college freshman at a keg party. 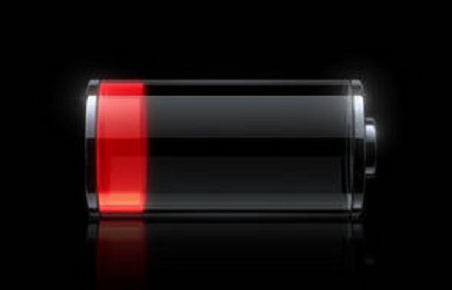 All other things being equal, of course, you'd rather have a better display, right? But they're not equal. Personally, I don't care if my phone doesn't display movies in crisp, lifelike 1080p. It's a phone! The overwhelming reasons why I carry it around are for communications and PDA functions. For those, battery life is a feature of paramount importance, and yet handset makers don't seem to care about it.

The worst ones are the ones, like the iPhone and Lumia 920, which have sealed batteries. This is the second reason I'm disillusioned with the Lumia 920. Nokia's 8xx series Windows Phones have more pedestrian displays and removable, if smaller, batteries. For reasons which are unclear to me, the rated battery life of the 8xx (810 on T-Mobile, 820 on AT&T and 822 on Verizon) is about the same as the 920's. I evaluated the 810 and 822 and got better life out of them than I did from the 920, but I didn't run formal tests.

Recent news makes me think that a longer-lasting smartphone could be a market winner. In their most recent quarterly financial data, Apple revealed that the big seller was, of all things, the iPhone 4, a model which was released in the fall of 2010.

Obviously, Apple sold a lot of iPhone 5 units, but why would so many people want the iPhone 4, a clearly inferior phone (if you ask me)? Because it's free with a 2 year plan. $99 extra for the iPhone 4S, which adds a dual-core version of the same processor in the 4, HSPA+ ("faux-G") support on AT&T, and Siri) doesn't register as a good buy with so many customers. A lot of people seem to want an iPhone, but they're price-sensitive, which explains the decline in the iPhone's ASP (Average Selling Price).

In the meantime, Samsung's ASP is actually on the rise, but even they don't think this will continue and they expect overall growth to slow. Samsung is ascendant for now. Within a few years they will also be struggling, even in the developing world, against the sense among consumers that what they have is good enough, like the iPhone 4.

In a saturated phone market vendors need to look for new ways to compete. Not everyone wants new toys like wireless charging or NFC, but everyone needs better battery life. It's time for the handset makers to make "good enough" better.