No Reason For Rhyme Until Smartphone Is Cheaper

The HTC Rhyme, a new mid-range Verizon Wireless smartphone, woos fashionistas with color-coordinated accessories.
Chris Spera
Contributor
October 21, 2011
Not a power performance
The HTC Rhyme comes with a single-core Qualcomm MSM8655 1.0 GHz processor. This is rather anemic when compared with the HTC Sensation 4G's 1.2-GHz dual-core Qualcomm® Snapdragon™ processor. To see the full specs, click on the image below. 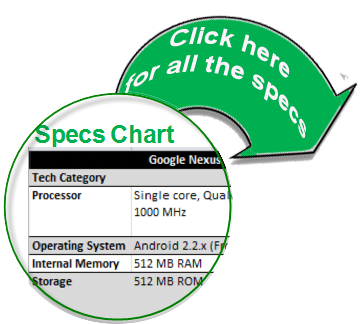 Disappointing camera and video
Considering the Rhyme's focus on social and personal media, I had hoped it would have a better camera than it does. Although the 5MP camera shoots video at 720p, the camera on the HTC Sensation 4G is still far better. The iPhone 4S also sports an 8MP digital and an HD (1080p) video camera. Although I don't think the Rhyme is meant to go head-to-head with the iPhone 4S, you can't help but compare the two and experience camera envy. Also, the Rhyme's camera comes with geotagging turned on by default--something privacy advocates will flinch at--but it's easy enough to turn off.

The following shots were taken with the Rhyme's 5MP camera. The unzoomed shot is okay, but the closeup looks blocky and a bit blurry. 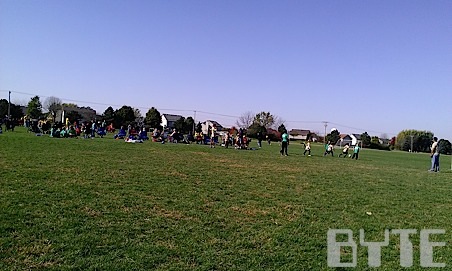 A shot with the Rhyme's digital camera from across the soccer field. 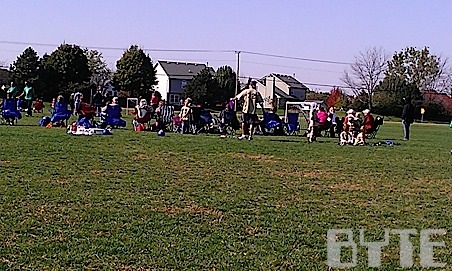 The same shot, a few seconds later, but with full zoom.

The following video was taken with the HTC Rhyme's 720p video camera. I'm not impressed.

Big battery delivers
The HTC Rhyme has a 1600 mAh li-ion non-removable battery, one of the largest I've seen in a smartphone in quite a while. In fact, aside from the HTC EVO 3D, which needs its larger 1730 mAh battery to push its large 3D screen and graphics adapter, the HTC Rhyme has the largest battery of all the smartphones in our spec chart.

The Rhyme comes with three preconfigured power profiles: Performance, Normal, and Economy. For my battery tests, I used the mid-range Normal. I started with a completely charged device at 5:30 a.m one morning, unplugged the phone, and began using it with full push services for two email accounts, my Twitter and Facebook accounts via HTC's Friend Stream social media aggregator, and other Web-enabled SenseUI widgets including Weather and Calendar in their default configurations. I also made a few phone calls and did some light Web surfing. The battery lasted for exactly 48 hours--an impressive two full days. 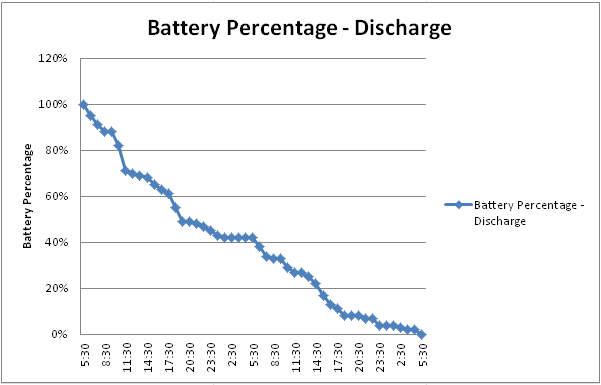 As you might expect, the battery does very well when the device is on standby. Normal mode includes an effective sleep mode that shuts off the device's data connection during normal sleeping hours, saving a great deal of power.

I did notice that Auto Sync kept getting deselected in Settings. At first I thought it was the result of my playing around with battery profiles. Auto Sync noticeably shortens battery life--but corporate users wouldn't want it turned off because that would disable push.

After deciding it might be a bug in the battery profile, I contacted HTC, who confirmed my suspicion. The rep said, "We have flagged this, [and we] are working to issue a fix for this in an upcoming maintenance release. This is related to power savings but it shouldn't necessarily be doing this on its own as you have experienced it."

Big swings in reception
It was weird--Verizon is known to have better signal penetration than T-Mobile on the Chicago Lake Front where I live and work, yet I never got better than two bars at the office. My T-Mobile myTouch 3G Slide (HTC Espresso) and HTC Sensation 4G got much better reception--consistently three to four bars.

Outside the office, the Rhyme got great reception downtown, but horrible reception on my commuter rail line and at home. At two bars, even with a 3G signal, video performance was okay but not great. Pictures with DirecTV's Sunday Ticket app as well as NFL Mobile were blocky, and I experienced some very minor stutters.

Mid-range fun, high-end price
This phone is mid-line in many aspects. The camera and video capture are so-so and behind the curve at 5MP. The processor is single core and only 1Ghz. However, the device is thin, easy to use, feels solid, and performs acceptably. The color-coded accessories, especially the Rhyme's charm, could make it a winner for women on the go, especially those with big shoulder bags.

The modified version of SenseUI on the HTC Rhyme works well. It has great flow; and I really didn't see any burps or hiccoughs in performance in everyday use. Verizon's 3G network performance was okay, but affected the device's consumer performance with so-so video. Images were much better on my Sensation 4G with its bigger display.

In the enterprise, the device's battery life and support for Exchange and its corporate security options really make it a great messaging device for key support personnel and executives. However, its single-core processor and mediocre graphics performance might make it a poor choice for running mobile, corporate applications.

Pros: Awesome battery life, great messaging device, updated Sense UI widgets, customized accessories.
Cons: Slow processor, camera only 5MP, lackluster Verizon 3G video streaming experience in my surroundings.
Conclusion: At $199.99, this phone is a bit high-priced for what it offers. If it appeals to you, wait a few months for the price to come down. At $99, it would be a no-brainer.