How will you watch the Olympics? Chances are if don't watch it on your computer, you'll catch it on your smartphone, or tablet--or both--according to a new survey.
Boonsri Dickinson
Associate Editor of BYTE
July 19, 2012 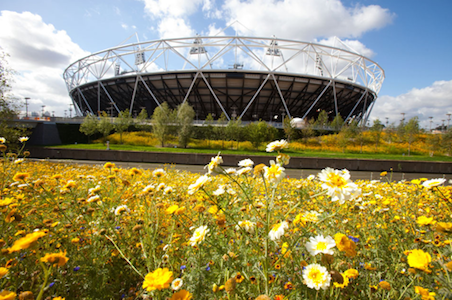 Mobile devices are giving fans more control over how they watch sports. In perhaps a first-time phenomenon, more than 40% of Americans will live-stream the Olympics on their smartphones and tablets, according to an online survey conducted by Velti, a maker of mobile marketing technology.

"This survey reveals that a significant number of Americans are choosing to consume Olympic content on the go, and while doing so they're overwhelmingly turning to mobile browsers," said Velti chief marketing officer Krishna Subramanian in a statement.

The survey, which was conducted over several days, asked 2,000 adults age 18 and older how they plan to follow the Olympics this summer.

"The Olympic audience is becoming more fragmented. For brands that want to reach Olympic viewers, this is an important finding as it highlights the ability to look beyond TV and focus on secondary devices such as smart phones and tablets," added Subramanian.

But it's not one device over the other. Many plan to watch the Olympics on two screens. In fact, male respondents said they likely will watch on three--or more--devices.