With the launch of the iPad Mini this week and overall tablet sales expected to skyrocket in 2012, industry observers say it's time to consider buying insurance for your devices. [Corrected]
Esther Shein
Contributor
October 26, 2012

[Correction: Due to miscommunication with Protect Your Bubble some of the numbers originally in this story were in accurate. They have been corrected below.

With the launch of the iPad Mini this week and overall tablet sales expected to skyrocket in 2012, industry observers say the time has never been more ripe to consider purchasing insurance for your devices.

Worldwide tablet sales are projected to reach 118.9 million units this year, a 98% increase from 2011 sales of 60 million units, according to Gartner. The fact that the Mini is a slender 7.9-inch tablet increases its portability, making it more likely to end up in pockets or purses -- and subjecting it to greater chance of being dropped.

"This is going to be a device that doesn't sit at home and it's much more portable than 10-inch tablets so there will be much more risk of dropping it in travels," noted Chris Hazelton, research director of mobile and wireless at 451 Group. "Given that it's smaller and much less likely to be treated like a laptop ... that goes into your laptop bag, it may [instead] go into a purse or jacket pocket and these are not the best places for a device that is expensive."

Even though tablets are not subsidized by carriers, the prices to replace them are hefty, especially for the Apple products. With smartphones costing upward of $400 to replace if they are damaged or lost before a consumer's contract with a carrier ends, insuring devices is a must, said Hazelton. The FCC is also doing its part to protect smartphone theft with the launch earlier this year of its PROTECTS Initiative, a newly-created database that records the International Equipment Identification (MEI) of phones that are reported stolen. Employees who take advantage of their company's BYOD policies and use their own devices at work also should have a contingency plan in place if it is not covered by their employer's insurance. 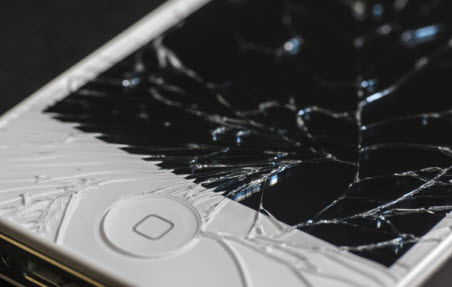 Protect Your Bubble, a company specializing in gadget insurance, says 70% of the policies it writes is for smartphones and 30% is for tablets. The company, which launched in the U.S. earlier this year, won't divulge how many policies it has written, but Stephen Ebbett, president of Protect Your Bubble for Europe and North America, said it is in the "many thousands." The company has sold over 6,000 600,000 policies in the U.K. since it launched in Europe in 2008, he said. The company covers theft, damage, loss or mechanical breakdown and has a 24-hour turnaround to replace devices.

Not surprisingly, Apple devices are hugely in demand and are more prone to theft, Ebbett said. In the U.S. "we had about a 400% rise in policies with the launch of the iPhone 5," he said, and he expects to see a huge uptick in policies now that the iPad Mini has launched. Samsung devices are also in demand, he added.

Echoing Hazelton, Ebbett said he expects the Mini will create a "significant change in the way insurance for tablets occurs because of its size. We think it will behave more like a smartphone in insurance because it's much smaller and will be carried around a lot more ... therefore we feel it's lot more susceptible than a traditional tablet which lives in your laptop bag as opposed to your pocket, which is where we think the Mini will live." 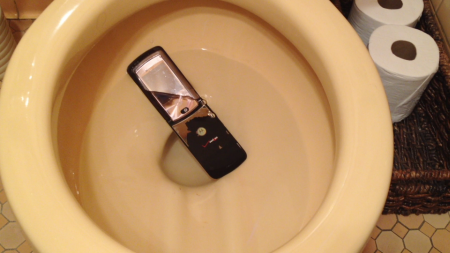 He noted that the Mini also will be more of a target for theft because it starts at $329, while the Kindle Fire retails for only $199.

Consumers who are planning to insure a device for the first time should be mindful of deductibles, said Hazelton, and take into account where they are in the life of their smartphone contract. "If you're 12 or 18 months into your two-year contract for your smartphone [or] getting a new version of a phone that's a year and a half old, those considerations need to be taken into account," he said. "Paying insurance later in the contract for smartphones may not be worth it." It's worthwhile to insure tablets, he said, because the upgrade cycle is probably longer.

Other insurers of mobile devices include SquareTrade and Global Warranty Group.

According to a survey that Protect Your Bubble conducted in September of 300 people who stood in line to buy the new iPhone 5 in New York, the majority -- 51% -- said they would rather lose their wallet than their smartphone.