If reports are accurate, Apple will announce and release its larger-screened iPhone and smaller-screened iPad in September, weeks earlier than expected.
Jacob Lopez
Contributor
July 30, 2012

If reports are accurate, we might get our first look at Apple's next iPhone in about seven weeks. According to the website iMore, Apple will announce the new iPhone on Sept. 12. The new phone is said to be scheduled for release nine days after that, on Friday, Sept. 21. 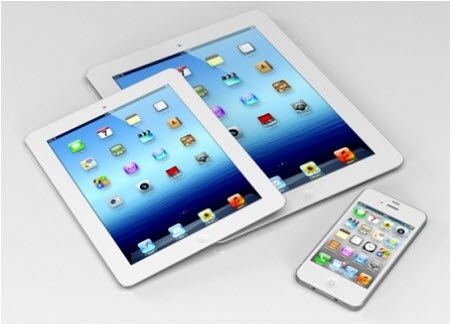 The rumor deserves attention because iMore nailed the March 7 date of the third-generation iPad announcement a full month ahead of time. It was also one of the first to report that the tablet would have 4G LTE capability.

Along with the announcement of the iPhone 5--or whatever Apple decides to call it--we can expect to see an iPad Mini and a new iPod Touch. The rest of the iPod line might be updated as well, but the Touch was the only model mentioned by the iMore report.

The iPad Mini, which is reported to have a 7-inch screen with an aspect ratio that matches that of the current-generation iPads, does not have a date pinned to it. iMore says it's possible that the tablet will be released on the same day as the iPhone, but the site does not have specifics.

It was originally speculated that Apple would be announcing the new iPhone in October, as it did last year with the iPhone 4s. That seems to have changed. Whether as part of Apple's original plan, or because of a decline in sales due to potential customers awaiting the release of the next-generation iPhone, it seems that we will see the next iPhone sooner than expected.