Word has it Google's cooking up co-branded tablet hardware to give the next generation of Android a kick-start against the iPad.
Serdar Yegulalp
Contributor
March 30, 2012

After Google's Nexus-brand phone, powered by (what else?) Android, word has it they're now prepping a branded tablet as well.

Google plans to sell its own co-branded tablets via an unidentified online store, according to a Wall Street Journal article which cites "people familiar with the matter."

The details are sketchy, as you can imagine, but the article notes that this may be an attempt by Google to jump-start sluggish Android tablet sales. The tablet market is still owned by the iPad, with no signs of that changing anytime soon.

Android phone sales remain generally strong, though: Samsung has shipped 5 million of its Galaxy Note smartphones since it went on the market near the end of last year. The Nexus (an HTC-manufactured phone) didn't take off to the same degree, however, in part due to Google having problems marketing the phone worldwide. 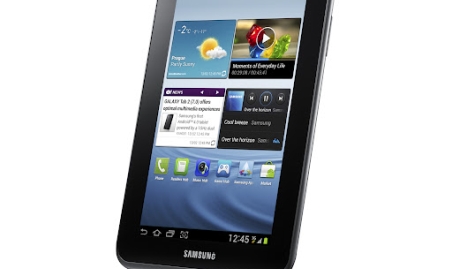 The Journal article notes that the new Google device may be, like the Nexus, manufactured by one of its hardware partners such as Samsung or Asus. Another possible hardware partner is Motorola Mobility, which Google acquired for $12.5 billion in the middle of last year.

It's also not yet clear if these new tablets will be released to coincide with the next edition of Android, version 5.0, codenamed Jelly Bean. Among the new features rumored for 5.0 are a native file manager (file management is typically done in Android via an add-on app); a slimmed-down version of the OS for phones with less storage and CPU power; and Google Chrome integrated into the OS.

Google's new tablet strategy may also be a way for them to do something about the low adoption rates for Android 3 and 4.The majority of Android devices currently active are running either Android 2.33 ("Gingerbread", 58.1%) or Android 2.2 ("Froyo", 27.8%). Barely 5% of active Android devices run Android 3.x or 4.x.

A co-branded Android tablet would actually mark Google's third foray into co-branded hardware. Google's ChromeOS, a minimal browser-plus-operating-system that was aimed at the netbook market, promised a cloud-based way to do managed computing on a per-user subscription basis. But it's largely seen as irrelevant after Android carved out a major niche for itself in the portable-device world.

Other possibilities mentioned in the article is Google subsidizing the cost of the tablet so as to compete more directly with Amazon's sub-$200 Kindle Fire. Also noted is how ad revenue generated by tablets tend to produce better profits for Google than ads on phones. It all brings back to mind former Google engineering director James Whittaker's lament that Google has lost its way by becoming too focused on ad revenue for its own sake and by trying to compete with the likes of Facebook.