Research In Motion took the wraps off the Bold 9790 and Curve 9380, incrementally updated BlackBerry smartphones that don't break much ground.
Eric Zeman
Contributor
November 16, 2011
Research In Motion announced two, new BlackBerrys this week--the Bold 9790 and Curve 9380. Both follow the well-worn design path set by generations of BlackBerrys while bringing little new to the bloodline.

The 9790 is motivated by a 1-GHz processor, which appears to be a single-core chip. It has 1 GB of memory and 8 GB of onboard storage. It will accept microSD cards up to 32 GB, if you need that much space for files on your phone. It comes with the typical 5-megapixel camera, which boasts autofocus and a flash. Video capture is limited to VGA at 640 x 480. It supports the usual spate of wireless networks, including Wi-Fi, GPS, Bluetooth, and (initially) AT&T's 3G network. 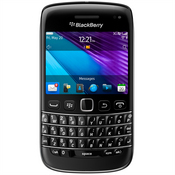 Like the 9790, the 9380 has the same wireless network support, microSD card support, camera/video features, and optical trackpad and BlackBerry controls.

RIM notes that both phones feature an improved browser with better HTML5 and JavaScript powers. They both also include built-in support for augmented reality and near-field communications for mobile payments. The both run BlackBerry OS7, and will be available from carriers around the world in mere weeks. 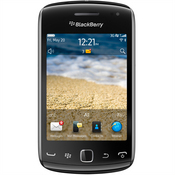 (click image for larger view)
BlackBerry Curve 9380
While both devices are no doubt fine business machines, they are also the same-old, same-old from Research In Motion, which is clearly treading water until it can get its BBX-based BlackBerrys to the market.

Will RIM sell a bunch of the new 9790s and 9380s? Sure, but not enough to help it recover its continually weakening market position.