SEARCH
A minimum of 3 characters are required to be typed in the search bar in order to perform a search.
Announcements
Report
How does your salary stack up? 2022 IT Salary Survey Results Revealed
Event
Learn about the latest technologies that are revolutionizing identity governance and access management
PreviousNext
Mobile Devices
4 min read
article

RIM Betting The Farm On QNX/BB 10

Unless RIM hits a home run with BB 10, there might not be much of anything left for the company to do but die.
Chris Spera
Contributor
December 27, 2011

I'm not an Apple fanboy, but I do watch its stock on a daily basis. I truly believe that there are a number of people trying to short it, driving down the price and the company after Steve Jobs' recent passing. But, in my opinion, Apple is definitely one to go long on. They're going to do very well over the next year or two, and there's money to be made. 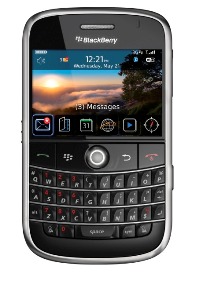 I was checking out MSN Money's stock page for Apple when I noticed a couple of interesting articles about RIM. One was a report about how BGR thinks RIM has delayed the release of its QNX-based OS--referred to as BB 10 because of development issues. The other indicates that RIM is pushing off any and all takeover bids (well, at least Microsoft's) because it wants to see how its BB 10 devices are received.

There are two problems with this situation, if both rumors are true (and I believe they are):

RIM appears to be all in. It is just waiting for the River card to be dealt.

I'm afraid for RIM, as it really doesn't look good. As an SDLC (software development life cycle) expert, the push to H2 2012 for a delivery of the OS clearly says development issues to me. Whether they are technical- or resource-related is unknown. Either way, if RIM doesn't have a working product at this late date, pushing this through the dev cycle and into testing for a release in the second half of next year is going to be tough. To make the 2012 holiday season, it would have to have not only the software ready but hardware as well, with all the important bugs worked out by late September for an October 2012 release.

The 10 months RIM has in front of it to get this done--development through testing and hardware manufacturing with the GM version of the OS--isn't going to be enough or it's going to be a very, very tough get. The devices are going to be largely untried in the enterprise after having undergone a total software redesign. IT people are funny about putting 1.0 version products in production. They tend to cost too much to support.

From my perspective, it's well past time for RIM's board to act. It needs to find a single replacement for its co-CEOs and have this person drive the company to get the job done sooner rather than later. This person also will need to develop a contingency plan (read: find a suitable buyer/partner) before RIM gets to the finish line and find out that the winning hand it thought it had is a loser.

Some think that RIM has too much cash to truly die--over $1.79 billion as of February 2011. It has been a leader in the enterprise smartphone space for well over a decade. I don't think RIM--or its shareholders--will be satisfied with being relegated to a permanent spot at the bottom of the heap should RIM bet the company and lose.