Rumors about a "mini" iPad are shaping up to be much more than hot air.
Dino Londis
Contributor
April 18, 2012

Rumors of a smaller iPad have swirled since the tablet's release in April 2010.

Apple has steadfastly denied any interest in producing a smaller iPad except as prototypes for an eventual 9.7-inch screen. But the buzz has been getting louder lately--and coming from China to boot. There, Apple's manufacturers and supply chain apparently are preparing to release a smaller tablet later this year. 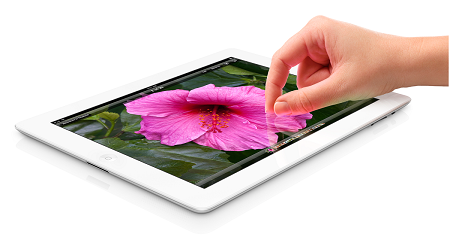 Last month I wrote that an unnamed Samsung official, speaking to the Korean Times, boasted how Apple's good fortune was also Samsung's good fortune because Samsung makes many of the components for the iPad. He said he expects Apple to purchase component worth "$11 billion by the end of this year as Apple is planning to release a smaller iPad, probably with a 7.85-inch screen..."

Now, Chinese portal NetEase confirms that Apple will launch a smaller tablet in the third quarter of 2012 to (according to Google Translate) "counter attack the Windows 8 army" of upcoming Windows tablets.

Then there's chatter from smaller manufacturers, which appear to be preparing to produce 6 million units for the third quarter this year. Contractor AUO Optronics has received orders to make backlights and screens for a 7.85-inch display, and Taiwan's Hon Hai Group--which is Apple's main assembler--was tapped as a likely iPad Mini assembler.

Yes, yes, Steve Jobs famously said that Apple will not release a 7-inch tablet because it's only 45% the size of an iPad's screen and it would need to include sandpaper "so that the user can sand down their fingers to around one quarter of the present size." He said, "There are clear limits of how close you can physically place elements on a touch screen before users cannot reliably tap, flick and pinch them."

But Jobs also is famously quoted for his advice to Tim Cook and all of Apple to avoid the fate of The Walt Disney Co. after Disney died: "Never ask what he [Jobs] would do, just do what's right."

A smaller iPad might not have been needed when Jobs made the sandpaper remark in October 2010. But the tablet landscape has changed, and Apple should change along with it:

NetEase reports a price point between $249 and $299. I'm going with $299 because it seems to plug perfectly into Apple's tablet price structure. Check it out: