Samsung announced a new line of Windows 8-based devices under the ATIV brand Wednesday, including the first publicly-revealed Windows Phone 8 smartphone. The company said the lineup will include the Samsung ATIV Smart PC and ATIV Smart PC Pro, an ATIV tablet and ATIV S smartphone.
Esther Shein
Contributor
August 30, 2012 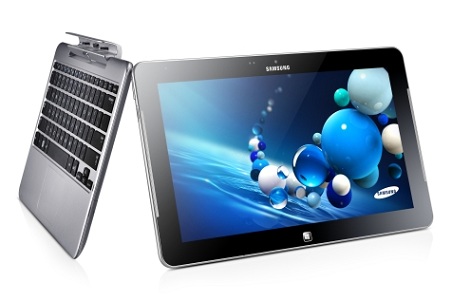 The announcements were made during a webcast at the IFA trade show in Berlin, where the Samsung Galaxy Note II was also unveiled. ATIV is the reverse order of VITA, which means life in Latin, Samsung said.

"With our leadership in design and technology and Microsoft's leadership in operating systems, together we are able to provide customers with a full range of ATIV devices for cross-category convergence," said Seong Woo Nam, executive vice president of IT Solutions Business at Samsung Electronics, in a statement.

The Intel-based ATIV Smart PC and ATIV Smart PC Pro will feature a detachable keyboard docking system, giving users the ability to switch between a clamshell notebook PC and a tablet PC form factor. Both will also come with a 10-finger multi-touch screen, giving users the ability to do pinch-to-zoom, rotate images and scroll through pages, Samsung said. The devices will also be equipped with front and rear-facing cameras, an S Pen for writing and drawing capabilities and an S Player for playback of images and videos in any format. Both will have an 11.6-inch Full HD LCD display. The ATIV Smart PC is 9.9mm thick and has a battery life of up to 13.5 hours. The Smart PC Pro weighs 11.9mm and has a battery life of up to eight hours.

The ATIV Tab is equipped with an 8,200 mAh battery, a 1.5GHz dual-core processor and HSPA+42 connectivity.

The ATIV S has a 1.5Ghz dual-core processor, 1GB of onboard RAM, and an 8MP autofocus rear camera and 1.9MP front-facing camera. It will be available with either 16GB or 32GB of storage, a MicroSD slot and a 2300mAh battery. 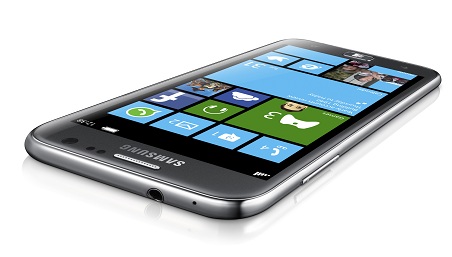 Samsung did not reveal pricing information or a release date for the devices, but some rumors suggest T-Mobile may get the initial release due to the HSPA+ support and lack of LTE connectivity.

News of more Windows Phone 8 devices is expected next week when Microsoft and Nokia will hold an event in New York where the Finnish phone maker is expected to unveil its first Lumia phones based on the OS.

"This is just the first in a big lineup of new hardware that’s coming with Windows Phone 8, but it’s a seriously impressive opening salvo," blogged Ben Rudolph on the Windows Phone website.