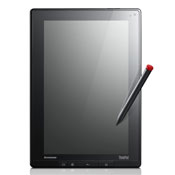 Slideshow: Lenovo Takes On 7 Rivals: Tablet Faceoff
(click image for slideshow)
Apple has been hammering Samsung in courts around the world for patent infringement and has made some surprising success. In the latest round, Samsung has been forced to put the Galaxy Tab 10.1's Australian debut on hold at least until the end of September.

"Following today's hearing in the Federal Court of Australia, Samsung has agreed to delay the launch of the Galaxy Tab 10.1 pending the court's decision in the week commencing September 26, 2011," Samsung said in a written statement.

Samsung said, however, that "it should be noted that the court has not issued an injunction against the sale of the Galaxy Tab 10.1, and the court did not make any ruling during today's hearing." In other words, Samsung is voluntarily holding back in this case due to the pending litigation. Samsung is also preparing to file its own claims against Apple in Australia.

In other parts of the world, it looks like Apple has managed to prevent Samsung from selling the Galaxy Tab in portions of Europe, including Germany.

A German patent court will uphold a preliminary injunction it filed against Samsung, at least until September 9. This injunction means the Galaxy Tab can't be sold in Germany. The same court did, however, say that Samsung can sell the Tab in other countries across Europe. It reversed an earlier decision because it wasn't clear if the German court had the authority to make such rulings on behalf of the entire European Union. The court reduced the injunction to just Germany, leaving the rest of Europe open to Samsung. Samsung's German operations, however, cannot distribute the Galaxy Tab outside of Germany. Samsung will have to rely on its presence in other countries to reach the rest of the EU.

This is particularly embarrassing, as Samsung is prepared to show off a new LTE-equipped version of the Galaxy Tab at the IFA event in Berlin later this week.

In addition to the LTE version of the Galaxy Tab 8.9, the company is preparing to announce a new 7.7-inch version of the tablet. Samsung announced its original Galaxy Tab at the IFA event last year. That first tablet had a 7-inch display. Later, Samsung revealed tablets with 10.1- and 8.9-inch displays. This new one will presumably have a 7.7-inch display, as Samsung has used the model numbers of its other tablet products to denote screen dimensions. Aside from the name, we know nothing else about this potential product, but we can guess that it will run Android Honeycomb.

IT is caught in a squeeze between requests for new applications, services, and device support and demands from upper management to keep budgets lean, staffing light, and operations tight. These are irreconcilable objectives as long as we spend the vast majority of our resources on legacy services. Read our report now. (Free registration required.)