SEARCH
A minimum of 3 characters are required to be typed in the search bar in order to perform a search.
Announcements
Report
How does your salary stack up? 2022 IT Salary Survey Results Revealed
Event
Learn about the latest technologies that are revolutionizing identity governance and access management
PreviousNext
Mobile Devices
2 min read
article

Details are beginning to emerge on the latest Samsung Galaxy Nexus Smartphone. This one will ship with version 4 of Android, also known as Ice Cream Sandwich.
Chris Spera
Contributor
October 25, 2011

Samsung and Google announced the Galaxy Nexus Smartphone with Google's latest version of Android, dubbed Ice Cream Sandwich early last week. Since the announcement, additional news has been scarce. However, Byte has been able to pull together the following information from a number of different sources.

Ice Cream Sandwich, or Android 4, contains a number of new features including:

Ice Cream Sandwich is Google's seventh iteration of its Android operating system. Previous versions included Cupcake, Donut, Eclair, FroYo, Gingerbread and its tablet-only iteration, Honeycomb. Ice Cream Sandwich will run on both smartphones as well as tablets, according to both Google and Samsung.

The Galaxy Nexus is known to come in 16GB and 32GB versions and sports a 4.65" 720p display. The phone is noticeably missing a microSD card slot. O2 has announced the 32GB Galaxy Nexus as coming in November in the UK. No word on an exact date or pricing is available as of this writing.

Here in the U.S., Verizon has announced that they will carry the Galaxy Nexus which will ride on their LTE network. Pricing and availability are still unknown as of this writing. It is unclear if the phone will appear on any of the other US national carriers, such as AT&T, Sprint or T-Mobile. 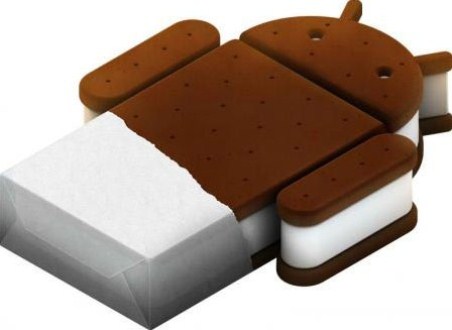