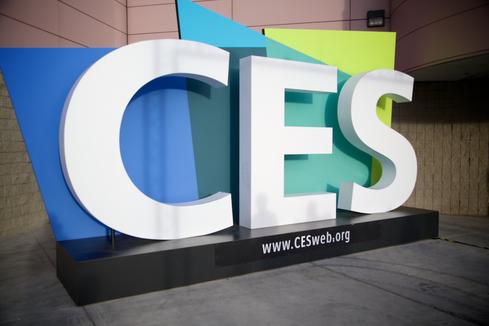 The next-generation Galaxy S smartphone from Samsung is slowly beginning to take shape in the days ahead of its announcement. The device is on deck for a debut at MWC in Barcelona, and Samsung is under tremendous pressure to deliver a hit. The company has sold about 63.5 million Galaxy S4s since its April 2013 debut, but that's two million short of Galaxy S IIIs sold in 2012. The GS5 needs to outperform both.

The Galaxy S5 will boast a bigger, sharper display. The GS4 has a 5-inch screen, and the GS5's screen will measure 5.2 inches, according to knowledgeable sources cited by Bloomberg. The resolution is set to improve as well: Where the GS4's screen offers 1920 x 1080 pixels, the GS5's screen will jump to 2560 x 1440, putting it among the first smartphones to offer such a high-resolution screen. Most of today's leading devices use the common 1080p standard. If Bloomberg's sources are correct, the GS5's screen will outclass that of the iPhone 5s/5c by leagues, with 3.69 million pixels compared to the iPhone's 750,000. Granted, pixels aren't everything, but they certainly are appealing.

The GS5 won't include an eye scanner as was previously reported, but it will have improved security features, one of which could be a fingerprint scanner. Sales of the GS4 dropped significantly once the Apple iPhone 5s, which includes a fingerprint scanner, went on sale last year.

Targeting BlackBerrys in the enterprise market, Samsung is also working hard to add business-friendly features to the GS5. The GS5 is also expected to include improvements to the camera and integration with wearables such as the next-generation Galaxy Gear smartwatch. The Gear 2 is expected to debut alongside the GS5.

Samsung isn't only feeling pressure from Apple. Chinese vendors have been able to undercut Samsung significantly on price, which has Samsung mulling a price drop for the GS5. The full retail cost of the GS4 is about $650, though carriers sell it in the US for $200 with a contract. It's unclear how Samsung can field a top-of-the-line device at a lower cost. The company may be able to convince wireless network operators to charge less for it, but the raw cost probably can't drop by much.

While it's working on new devices, Samsung is standing by its older devices -- at least in the US. Today the company announced that it will update a slew of its Android smartphones and tablets to Android 4.4.2 KitKat in the coming months. The smartphones include the Galaxy Note 3 and Note II; Galaxy S4, S4 Mini, S4 Active, and S4 Zoom; the Galaxy S III and S III mini; and the Galaxy Mega and Galaxy Light. The tablets include the Galaxy Note 8.0, Tab 3, Note 10.1, and Note 10.1 2014 Edition. Updates for these smartphones and tablets will begin going out today but may take up to two months to reach some devices.