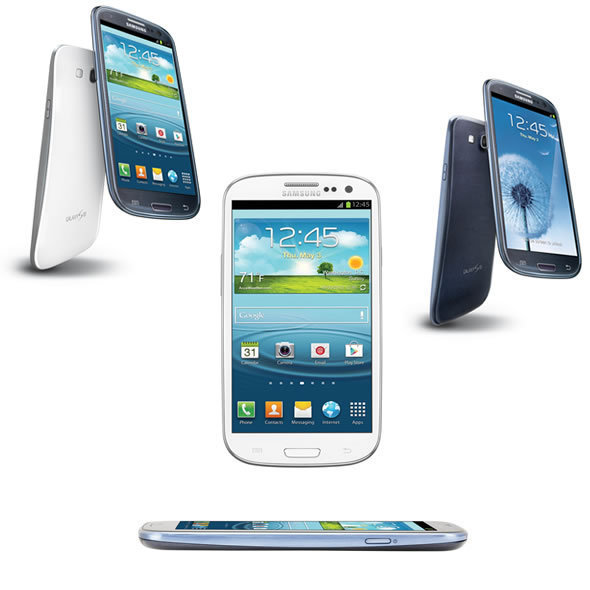 The Android superphone race is on. Samsung and HTC have been in a fierce smartphone duel, showcasing raw horsepower (on that, they're even), beautiful design and very large, high-resolution displays (of the 4.7- and 4.8-inch variety), all in phenomenally compact, thin, light packaging. Samsung's latest offering, the company's flagship Galaxy S III, has been available for pre-order from all the major carriers, and started shipping from some of them on June 21.

The Galaxy S III takes off where the Galaxy Nexus and Galaxy S II left off--it is even more elegant and thin, with an even larger display. It is a fantastic media consumption unit. Although it isn't equipped with the newest quad-core processors, it's plenty fast.

It is also packed with features. On top of the standard fare in the latest version of Android (Ice Cream Sandwich), it also includes more ways to connect and transfer data between phones and other devices (from Android Beam to Samsung's S Beam to Wi-Fi Direct), not to mention file and media sharing apps like AllShare and Group Cast.

The Galaxy S III camera is also among the top cameras in smartphones, with its macro shooting, light settings, smile capture, burst mode, and a dizzying array of other features.

This phone is smart about using its accelerometer--there are a host of motion control options that make the phone more fun and easier to use.

Seems like Samsung has a little Siri envy. S Voice lets you give voice commands to your phone, in addition to providing speech-to-text dictation capabilities. By enabling voice commands in the settings menu, I was able to tell the Galaxy S III to set an alarm, reject calls, play and pause music (and skip songs), turn on Wi-Fi, and even provide status updates on social networks. I took pictures using a voice command. As with so many of these systems, the quality of the speech to text translation wasn't perfect, but it was decent enough (one of my Tweets didn't make much sense and I didn't catch the error--embarrassing). You need a network connection for S Voice to work.