From a waterproof smartphone to a hybrid Windows/Android tablet, there's something for everyone in Samsung's new array of products. Here's a sneak peek at what's to come.
Kelly Sheridan
Staff Editor, Dark Reading
June 22, 2013 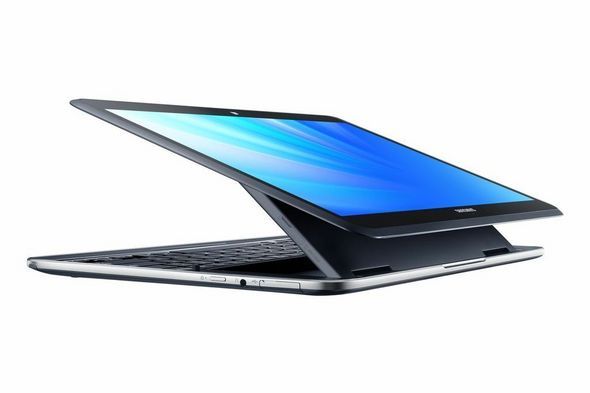 It's astounding how stressful it can be to choose a mobile device, a product designed with simplicity in mind. How do you select the best operating system? Which has the longest battery life? How big is the screen? How durable is the material?

Given the variety of today's devices, it's tough to pick one that best suits your unique lifestyle. But with Samsung's Galaxy and Ativ premiere in London June 20, the electronics giant showed its determination to deliver a product for every taste. Among the forthcoming devices are three additions to the Galaxy smartphone line, two Ativ tablets, two notebooks, a desktop PC and a digital camera.

Especially noteworthy are the new Ativ Q tablet and Galaxy S4 Active smartphone. The Ativ Q, a hybrid between a tablet computer and a PC, allows users to easily switch between Windows 8 and Android software and comes with an attached keyboard and Samsung S Pen. The S4 Active boasts an IP67 certification with its ability to protect against dust and water, a desirable quality that has never been available in a smartphone.

The Ativ Q features what Samsung says is the world's highest resolution, a 13.3-inch screen that has a QHD+ (3,200 x 1,800) display and is bright enough to be used outdoors in sunlight. In terms of convenience, its 13.9-mm frame and 1.29-kg weight make the Ativ Q easy to tote around.

The device comes equipped with a Samsung S Pen and attached keyboard so users can switch among laptop, notebook and tablet functions. With the convertible design, users can lay the screen flat over the keyboard, prop it up for laptop use or float it to comfortably view while standing.

The Ativ Q and Tab 3 both feature SideSync, which enables users to switch between working on a PC and an Android-based Samsung smartphone. They can use the PC keyboard to answer a text message or drag photos from the phone to edit on a larger screen.

"Busy lives demand convenience, and the convertible nature of these tablets delivers the versatility, mobility and adaptability consumers should expect from personal computing today," said DJ Lee, Samsung's president and head of the sales and marketing office in the IT and mobile communications division.

In addition to the Ativ Q, Samsung released the Ativ Tab 3, a tablet which runs Windows 8. Other new computers include the Ativ Book 9 Plus and Book 9 Lite notebooks, and the Ativ One 5 Style desktop PC.

In terms of smartphones, Samsung also released the Galaxy S4 Mini and Galaxy S4 Zoom. The S4 Mini largely resembles the iPhone 5 in terms of size. The S4 Zoom is similar, but features a high-quality camera on the back. Consumers who don't need such a camera may lean toward the S4 Mini, which is lighter and less bulky.

Speaking of cameras, the company also released the Galaxy NX, a "connected camera," which is a new take on the previously released Galaxy camera.

Samsung did not provide information on pricing or ship dates for any of these products in its global announcement. Until you can see them in person, here's a preview of what you can expect from these new devices.