Microsoft has finally released Skype for Windows Phone. See what InformationWeek's Eric Zeman had to say about it after taking it for a spin on his Nokia Lumia 800.
Larry Seltzer
Contributor
April 26, 2012

Microsoft has finally released Skype for Windows Phone. The absence of Skype had been a glaring hole in Windows Phone's relatively small arsenal of apps, but it actually was less meaningful than it seemed. Until recently, there were no Windows Phones with front-facing cameras, removing half the point of the service. The real embarrassment comes from the fact that Microsoft owns Skype, which supports just about every other platform out there.

InformationWeek's Eric Zeman installed the program on his Nokia Lumia 800 to give it a spin. He was impressed with some things, such as the call quality, but there are obvious weaknesses in the program. Overall, the product feels like a placeholder waiting for their real effort.

Microsoft added more points about the new product in this blog post, such as the fact that they have tested and certified it on these phones:


No real company of any size would use Skype as a telephony service. In fact, it's common for network administrators to chase Skype off their networks. Click here to read Larry Seltzer's analysis of Skype use in the enterprise.. 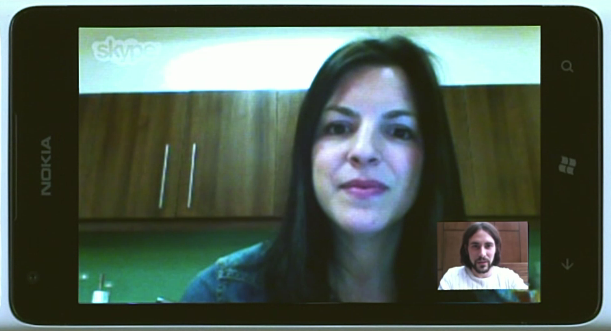