Steve Jobs today resigned as CEO of Apple. Jobs will continue on a Chairman of the Board, Apple reps confirmed to BYTE.

Jobs, 56, cofounded Apple in 1975 with childhood friend and then aspiring inventor, Steve Wozniak. Jobs left Apple in 1984 after profound disagreements with its directors.

Apple cycled through a series of blue chip CEOs, but the company's fortunes declined to dangerously low levels over time. By the late 1990s, many onlookers expected Apple to sell itself or go out of business. But in 1997, encouraged by friend, Oracle CEO Larry Ellison, Jobs returned to the company. Entering as a temporary CEO, he stayed in place -- and presided over one of the most extraordinary company turnarounds in business history.

Apple reps shared this resignation letter from Jobs. He wrote:


I have always said if there ever came a day when I could no longer meet my duties and expectations as Apple's CEO, I would be the first to let you know. Unfortunately, that day has come.

I hereby resign as CEO of Apple. I would like to serve, if the Board sees fit, as Chairman of the Board, director and Apple employee.

As far as my successor goes, I strongly recommend that we execute our succession plan and name Tim Cook as CEO of Apple.

I believe Apple’s brightest and most innovative days are ahead of it. And I look forward to watching and contributing to its success in a new role.

I have made some of the best friends of my life at Apple, and I thank you all for the many years of being able to work alongside you.

Click below to watch Jobs' 2005 commencement speech at Stanford.

"He really has had to sacrifice a lot to run Apple," Wozniak told me a few minutes after Jobs announced his departure today. " I mean, just your time, everybody wants you day and night, that's what I mean by sacrifices. It takes so much out of anyone to be under just contant pressure and demands like that.

"Steve needs now to just have some 'Steve time,' Wozniak added. "He deserves it."

Disclosure: This writer is co-author, with Wozniak, of the commercial book, iWoz: How I Invented the Personal Computer and Had Fun Along the Way (W. W. Norton, 2007, Smith, G. & Wozniak, S.)

In Wozniak's opinion, will Jobs' departure adversely affect Apple culture, its aesthetic or the intense customer loyalty it enjoys?

"You've got to remember. He was surrounded by great, great people at Apple ... and those people are still there," Wozniak told me. "I don't think the core Apple culture will change because of (Jobs') leaving, not for a long time. Apple is set up. It just needs to stay financially responsible." Wozniak recalled one of Jobs' first moves on returning to Apple was to find all the product lines that were "junk" lines -- leading to unsellable waste Apple had to pay for and destroy. Jobs got rid of them all, Wozniak said.

Wozniak said he was proud of Jobs for turning Apple around -- and for expertly delivering huge success with iTunes, and the iPod, iPhone and iPad music players, smartphones and tablets.

Speaking on behalf of the Cupertino company's Board of Directors, Art Levinson, Chairman of Genentech and Apple board member in a statement said, "Steve has made countless contributions to Apple's success, and he has attracted and inspired Apple's immensely creative employees and world class executive team. In his new role as Chairman of the Board, Steve will continue to serve Apple with his unique insights, creativity and inspiration." "The Board has complete confidence that Tim is the right person to be our next CEO," said Levinson. "Tim's 13 years of service to Apple have been marked by outstanding performance, and he has demonstrated remarkable talent and sound judgment in everything he does."

Cook, a native of Alabama, is a veteran of IBM and Compaq. He has served as interim CEO during at least three medical leaves Jobs took at Apple.

Here's Cook delivering the commencement address at Auburn University, where he received his BA in 1982. He won his MBA at Duke University.

CNN Money profiled Cook as the "genius behind Steve" in this piece. Oft described as a conservative, well-mannered Southerner, Cook shows his roots in the video below, where he addresses Auburn's graduating class of 2010.

Return to BYTE and refresh this story as our staffers add commentary and perspective.

Here is Steve Jobs on why "we just can't ship junk. There are thresholds we can't cross because of who we are." I love this video.

Steve Job jokes with Bill Gates. He is riffing off former Apple CEO Gill Amelio's comments in a 1996 interview with me. 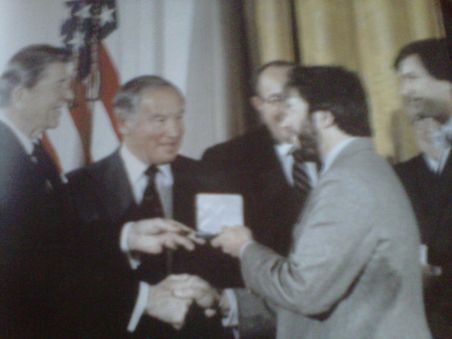