Surface With Windows RT: A Winner Despite Apps

Microsoft's Surface tablet with Windows RT is the first worthwhile post-PC device in our post-PC world. What it lacks in apps is compensated for by a near-desktop-class browser.
Todd Ogasawara
Contributing Editor
October 29, 2012 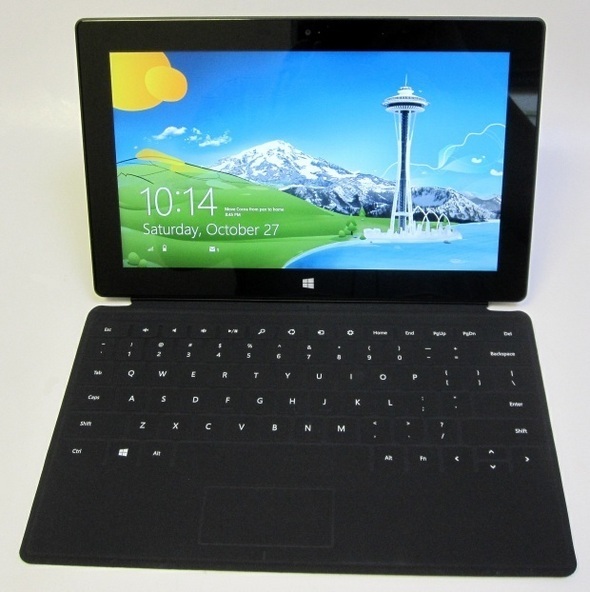 With Windows 8 and Windows RT, Microsoft took a rare and bold step by fundamentally changing the way people use Windows. Microsoft is betting the farm by making changes so dramatic that many users will shy away from leaving the perfectly functional Windows 7 for a very long time. We won't know whether the gamble pays off until sales figures for Windows 8 and Windows RT start rolling in. In the meantime, I haven't made up my mind about Windows 8 in general--but I'm declaring the Microsoft Surface tablet with Windows RT a winner. Here's why.

The Surface RT comes with 32GB or 64GB of memory. I bought the 32GB model bundled with the "Black Touch Cover" for $599. This price is comparable to the Wi-Fi-only Apple iPad with 32 GB. Here, however, you get a cover that is also a physical keyboard, as well as a number of hardware and software features that are optional purchases, software add-ons, or not available at all for iPad and Android tablets.

Despite some issues, the implementation of Window RT on Microsoft's Surface tablet is a winning combination. What it lacks in apps is made up for by a desktop-class browser that can be used for nearly anything you might do on a desktop. Its support of what appears to be a wide variety of USB devices let me get to work right away with existing peripherals. Its zero-boot suspend-resume means no lag between thinking about doing something and getting that thing done. In fact, inspired by Gigaom's Kevin Tofel all-in approach to using a Google Chromebook for all of his work (Video: Why I'm enjoying Google's newest ChromeBook), I am trying to see how much I can do using just the Surface RT. So far, the answer is: Quite a bit. I should note, however, that I wrote this article on a conventional notebook running Windows 7. That's because I have not yet found a good text editor or image editor for Surface RT.


Although not everyone will agree with me because of the dearth of apps, I'm declaring Surface with Windows RT tablet a winning "post PC". It works great with USB peripherals and has a near desktop-class browser.