Tablet shoppers face an ever-growing number of options beyond the iPad. We break down 10 key considerations.
Jeff Bertolucci
Contributor
May 23, 2013 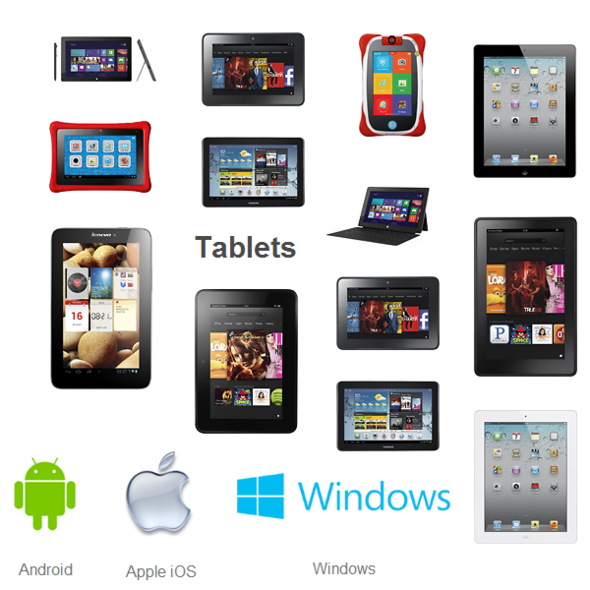 The tablet computer will reach a milestone this year. For the first time ever, global shipments of tablets will exceed those of notebook PCs, according to market researcher NPD DisplaySearch. In fact, more than 256 million tablets will ship in 2013 versus just over 203 million notebook PCs, the firm estimates. And by 2017, tablets will outsell PCs by a 3-to-1 margin.

The tablet phenomenon has gone global. In addition to selling well in developed nations, slates are popular in emerging markets where laptops remain prohibitively expensive.

The iPad remains the industry's top dog, but its market share is slipping and will continue to do so as more Android and Windows slates arrive, each targeting a specific niche. Although the iPad is an excellent tablet, it isn't necessarily the best tablet for every environment. For instance, the Clear Creek Independent School District near Houston, Texas, recently chose Windows 8-based Dell Latitude tablets for its student technology program that starts in the fall. Why did the district choose Dell's relatively obscure Latitude over the mighty iPad? Because it runs standard Windows software, including Microsoft Office, according to school district CTO Kevin Schwartz. Obviously, Microsoft hopes organizations worldwide reach the same conclusion.

Consumers and enterprises are realizing they don't need new PCs; their current laptops work just fine. Lighter and less expensive tablets can perform tasks previously reserved for laptops, and do so with considerable less complexity. However, this tech revolution requires slate shoppers to do a bit more research before buying.

As the tablet market expands, segmentation is growing. A sub-$200, 7-inch slate attracts a different customer than a hybrid computer such as Microsoft's $1,000 Surface Pro with keyboard. And yet both function as tablets. In fact, many of us might soon own two or more slates: an inexpensive, 7-inch device for email, reading and maybe VoIP calls; a larger, full-size iPad-style device for movies and Web browsing; and a work-oriented hybrid tablet-laptop with a full-size detachable keyboard.

We've assembled a slideshow of 10 important considerations when choosing a tablet. The ranking of these considerations depends on how you'll use the tablet. Add your own suggestions in the comments section below.