The Google Phone That Never Was

Evidence at the Oracle v. Google trial reveals what the original Google Phone prototype looked like, before Apple's iPhone moved the goal posts. Related Android revenue information is also enlightening.
Thomas Claburn
Editor at Large, Enterprise Mobility
April 26, 2012
The Google Phone, as the company's Android phone prototype was called in November 2006, looks primitive by today's standards, but it was competitive at the time. The $199 device was to have run on T-Mobile's network and featured a $10 per month unlimited data plan for Internet browsing, Gmail, and messaging. 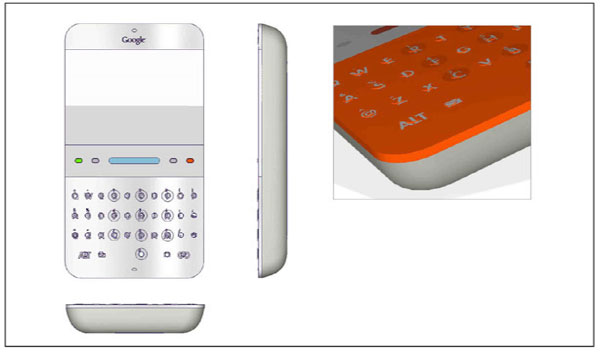 The phone was expected to include a 200MHz or better ARM 9 chip, with GSM EGPRS baseband or possibly WCDMA. The design called for at least 64MB RAM and 64MB ROM, with external storage, a 16-bit color or better QVGA TFT LCD display, navigation keys, a 2MP CMOS camera, USB interface and Bluetooth 1.2 or 2.0.

Then Apple unveiled its iPhone on January 9, 2007 and it was back to the drawing board. The result was the T-Mobile G1, introduced in October 2008.

[ What does Apple have up its sleeve next? See Apple iOS 6 Wishlist: 10 Features We Want. ]

The Google Phone that never was showed up as evidence in Oracle's copyright and patent infringement lawsuit against Google. Oracle claims that Google copied its proprietary Java APIs to create Android. Google has admitted that a few lines of the Java APIs are present in Android but it insists any copying that occurred was a mistake, is trivial, and is defensible as fair use. Google further asserts that APIs aren't subject to copyright.

The evidence obtained by Oracle via legal discovery and entered into the court record confirms that Google has struggled to match the Apple's iOS results with Android. For example, Google in 2010 predicted that its 5% share of Android app revenue in 2011 would come to $14.5 million. That would put the total app revenue projection for the year at $290 million, of which 70% or $203 million would go to Android developers. During 2011, Apple paid its developers about $2 billion.

But the documents also show that Android is a source of real revenue for Google. The company projected it would make $240.3 million on Android in 2010 and $840.2 million in 2012. Google believed it could make at least $1.3 billion in gross revenue from Android in 2013, or $800 million in net revenue, and possibly much more.

With that kind of growth, it's hardly surprising that Oracle came knocking with its hand out.