SEARCH
A minimum of 3 characters are required to be typed in the search bar in order to perform a search.
Announcements
Report
How does your salary stack up? 2022 IT Salary Survey Results Revealed
Event
Learn about the latest technologies that are revolutionizing identity governance and access management
PreviousNext
Mobile Devices
4 min read
Commentary

How good could an UbuntuPhone really be? It can't possibly be unique enough and have enough of a value proposition to break into a market that's already dominated by big, powerful players.
Serdar Yegulalp
Contributor
January 03, 2013

On Wednesday, Canonical (the makers of the Ubuntu Linux distribution) came out with a promotional video advertising ... no, not just another version of Ubuntu, but a phone-based iteration of Ubuntu.

I watched the video (see it embedded below) and tried, in vain, to figure out what possible larger strategy is at work here, other than Mark Shuttleworth's pet software project entering yet another iteration that will gain little to no mindshare with anyone who isn't an IT professional.

It's not that it doesn't look good. The UbuntuPhone metaphor is pretty, and I liked the combination lock/home screen, and the usage-sorted displays. None of these things, though, are exclusive technologies — there's nothing that says the UI innovations in UbuntuPhone can't be applied elsewhere. (Windows Phone's tile system is similar, and perhaps even a bit more polished.)

The problem, as I see it, is dead simple: Ubuntu is hopelessly late to a party that already ended.

Barring a radical discovery of a previously untapped behavioral or use-case niche, the smartphone market is tapped out. There's iOS for people who want it and can afford it; there's Android, for people who want a bit more latitude in terms of device choice (and want not to spend quite as much); there's RIM and the BlackBerry, although it's anyone guess how long that'll last; there's Windows Phone, which ... well, we'll see what kind of market Microsoft can scare up for that. Canonical's not bringing anything to this race other than some cosmetic gloss.

The irony is that while sitting here typing this, I can already see one plan of attack that might well work. Use the UbuntuPhone (or whatever they're going to call it) to unseat RIM, and possibly Microsoft Exchange as well. Offer the U-Phone to companies as both a set of client devices and a server messaging appliance that could run on standalone hardware or a VM. (Or, better yet, offer cloud-hosted instances of the server.) Canonical has plenty of experience with creating server iterations of their OS; why don't they put that to good use unseating a dying competitor, instead of trying to chisel into a market that's already sewn up?

Answer: because that would be like saying they can't run with the big boys, that's why. 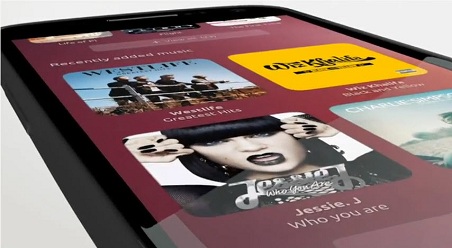 It's been the dream of every big-name Linux shop, at one time or another in their life cycle, to become a household word. Red Hat made some stabs in that direction, but then wisely decided to concentrate its work on the server side of things, and the result has been a solid little business for the company. Various parties have tried sticking Linux distributions in retail packaging and offering them as Windows competitor. All of them failed. Canonical has come the closest to making a dent, but only because they put a bit more polish on the whole package, and not because they created a platform that had its own value proposition the way Android did and does.

Android is as close to a consumer version of Linux as we're going to get. Deal with it. It took Google's sweat and blood to make Linux into a consumer product, not just by making the product relatively easy to use (I say "relatively" only because the earlier versions of Android were indeed a horror) but by also creating an app platform that wasn't cobbled together out of a dozen disparate pieces.

It's not that there's no culture of useful Linux software, only that the culture of Linux applications has far less to offer the average phone-toting user than the Android App Store. Both because of the extant apps, and because the Android platform was built inside-out for a mobile environment.

I wasn't crazy about Android when it first appeared — its 1.x and 2.x incarnations were pretty dodgy, and the hardware was horrific stuff to behold. But over the last two years or so, Android phones have become a force to be reckoned with. They look and run great, the apps are plentiful (albeit with most of them being free apps that front for a paid service, rather than iOS's richer culture of paid apps), and fragmentation and inconsistency between devices is becoming less of an issue than it had been in recent years.

If Canonical wants to get anywhere with this project — and they claim they're going to have actual branded phones shipping with it in 2014 — they need to be realistic about how mature the market already is, and where they could realistically get a toehold. You can't just throw phones at the masses anymore. 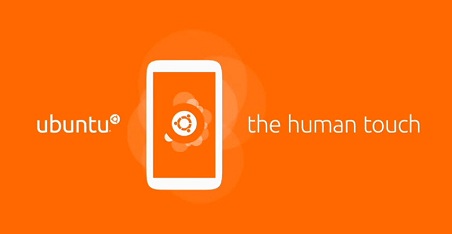