Windows on ARM was always going to need a lot of new driver work, but it appears that Microsoft's commitment to supporting devices on the low-cost Windows version is tentative. Only some printers will be supported.
George Ou
Contributor
July 26, 2012

At the risk of beating a dead horse, I'm going to reiterate my position that Windows RT (a version of Windows 8 that only runs on ARM processors) and Surface for Windows RT will be nonstarters. We already knew that Windows RT will not run existing Windows applications but Microsoft has just confirmed that there will be a reduction in printer support.

Windows RT will only support "in-box printer drivers" which means that some printers that consumers and businesses already own or might buy in the future won't natively support Windows RT. What this also implies that other non-printer devices will also not work in Windows RT unless they are deemed common enough to be ported from an x86/x64 platform to an ARM hardware platform. In the case of RT, Microsoft says the limited printer support was in order to simplify the printer code on the device so as to minimize system resources used by it.

This may be a moot point since it's doubtful that a Windows tablet/notebook that doesn't run Windows applications with or without full device driver support can find much success in the market place. I can see the sales associate at Best Buy explaining to customers that "yes it's a Windows tablet/notebook but it won't support any of your existing Windows applications and it might not work with some of your existing hardware peripherals". I'm sure that will go over real well with customers and the customer service manager. In contrast, Microsoft confirmed that legacy print drivers for Windows 2000, XP, Vista, and Windows 7 will still be "fully supported in Windows 8 for device compatibility reasons".

Some might point out that the iPad and Android Tablets (which Windows RT hopes to challenge) have zero print driver support out of the box and require additional tools and printer proxies to give them some limited printing support. The problem for Windows RT is that the reason many Microsoft customers held out for Windows Tablet OS is that they wanted to avoid throwing out their old applications and existing devices. Those tablet holdouts can opt for a Windows 8 tablet running on Intel Clover Trail SoC hardware and get all the benefits of an ARM based tablet like always-on all-day battery life while maintaining full legacy application and device compatibility.

Because surveys have shown that customers in the United States and China prefer and are waiting for a Windows tablet, I've predicted that Win8 on Intel-SoC will be an iPad killer. What I meant by "killer" is that Windows 8 on Clover Trail devices will outsell iPads when no other tablet has come even close. Since my prediction, we've learned that there is a high probability of a cheaper and smaller iPad. So I will have to clarify my prediction that Win8 on Intel-SoC devices will outsell full size iPad devices because cheaper mini tablets belong in a different product category. 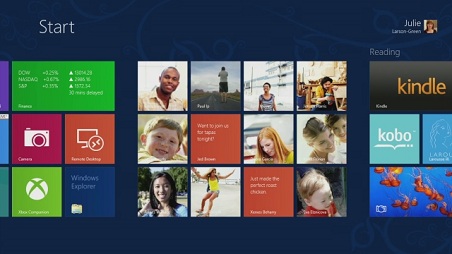