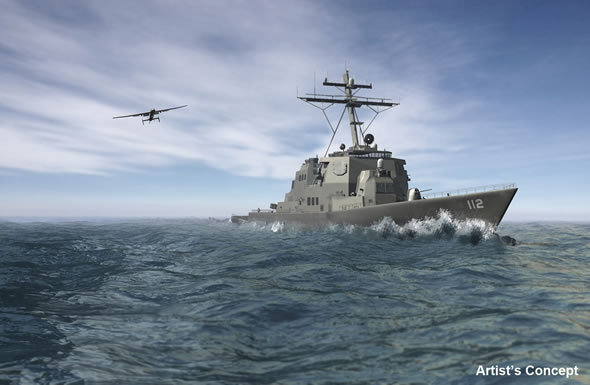 The Defense Advanced Research Projects Agency (DARPA) -- the research arm of the Department of Defense -- is out to make "huge leaps" in military weapon and defense technologies. Earlier this month DARPA's Tactical Technology Office asked developers and defense contractors to propose ideas, and discussed its requirements with potential partners during a two-day conference.

The Tactical Technology Office's goal is to develop advanced platforms, weapons and space systems that support U.S. military superiority through "overwhelming technological advantage." The two-day workshop focused on the development of innovative systems for military missions on the ground, air, sea and space. DARPA invited contractors, researchers and academic institutions to pitch their ideas.

"We're looking for potentially huge leaps forward from the existing state of the art, not incremental improvements," Brad Tousley, director of the Tactical Technology Office, said in a statement.

DARPA envisions "a holistic overhaul" of the equipment available to soldiers on foot patrol, increasing the reach and protection of assets at sea, and advances in air and space operations.

As one example of the kind of research it pursues, the office in March launched a program called the Tactically Exploited Reconnaissance Node (TERN), after a family of seabirds known for flight endurance, to find a faster, less expensive way to strike mobile targets anywhere, anytime. The idea is to use small ships as mobile bases for unmanned aerial vehicles, or drones (pictured).

In April, the Tactical Technology Office issued a request for information for a program called Digitizing Squad X, aimed at equipping soldiers with sensing, communications and mission-command capabilities that work together to create "an organically digitized and interconnected" squad.

Other Tactical Technology Office projects include the Legged Squad Support System (LS3) and other robots, the Phoenix program to harvest, repair and re-use satellites in space, and a project to develop a more flexible, supersonic missile dubbed the Triple Target Terminator.

In the meantime, here are nine breakthrough projects -- in addition to TERN -- already underway via DARPA's Tactical Technology Office.

Credit for all images: DARPA