10 Medical Robots That Could Change Healthcare

From microbots that scrape plaque from arteries to personal assistant robots that help care for patients, medical robots are transforming the face of healthcare.
Michelle McNickle
Associate Editor of InformationWeek Healthcare
December 06, 2012 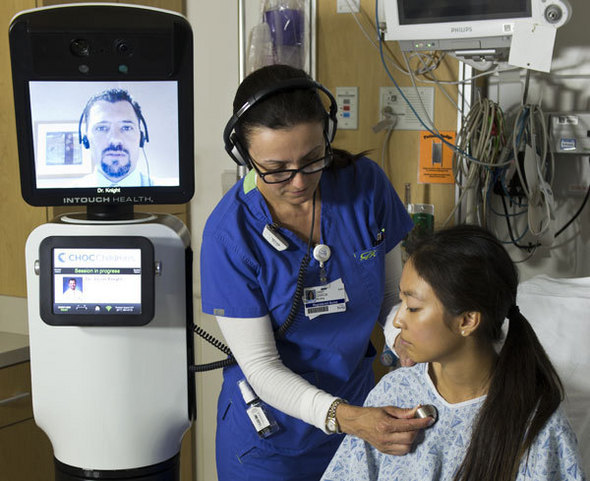 Robots aren't new to healthcare. Remember the da Vinci Surgical System, the surgical assistant the FDA approved back in 2000? Since then, the system has conducted more than 20,000 surgeries and has paved the way for robotic advancements in healthcare. In fact, vendors have introduced a number of new robots to better provide care to remote patients, help with various physical therapies and -- similar to the da Vinci system -- help perform surgery.

For example, Magnetic Microbots are a group of tiny robots used in various operations, such as removing plaque from a patient's arteries or helping with ocular conditions and disease screenings. Other robotic advancements are used to better the day-to-day lives of patients, helping them eat, like the Bestic Arm, or helping a patient regain her ability to walk, like many of Toyota's Healthcare Assistants.

"In the next few years, thousands of 'service robots' are expected to enter the healthcare sector -- picture R2-D2 from Star Wars carrying a tray of medications or a load of laundry down hospital corridors," according to a recent article from The Wall Street Journal. "Fewer than 1,000 of these blue-collar robots currently roam about hospitals, but those numbers are expected to grow quickly."

And that's no surprise considering the mounting financial difficulties the industry faces. Robots like the Aethon TUG can complete the work of three full-time employees, yet it "costs less than one full-time employee," according to the company. The TUG acts as a distribution system to move through hospital corridors, elevators and departments to make either scheduled or on-demand deliveries. Swisslog's RoboCourier, a similar delivery system, helps eliminate human work and completes tasks with the push of a button.

"This new robotic breed is boasting features increasingly found in smartphones, gaming consoles and other consumer electronics, from advanced sensors and motion detectors to powerful microprocessors and voice activation. The service robots are self-aware, intelligent and able to navigate changing environments, even chaotic hospital settings," according to the WSJ.

Outside the hospital setting, caregivers use robots to enhance telemedicine and care for those restricted to their homes. The Vasteras Giraff, for instance, is a two-way call system similar to Skype and is used by doctors to communicate with the elderly. A PC, camera and monitor control the robot.

Click through to see 10 medical robots that have the potential to transform healthcare.