Who are the key players in the fast-changing mobile security world? These 10 mobile operating system and mobile device management vendors should be on your radar screen.
InformationWeek Staff
Contributor
September 22, 2011 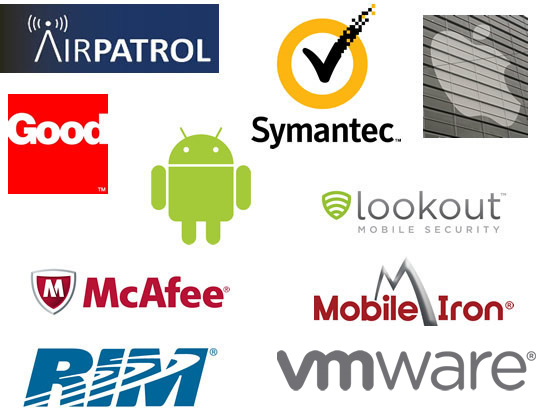 When the PC era started, security was an afterthought that became more and more important. Things were very different when the world went mobile--device makers and operating system developers, for the most part, gave security a high priority from the beginning.

Apple's iPhone had few security features at its inception, but added stronger security with each iteration of iOS. Google's Android operating system built in a lot of security from the beginning. And as mobile devices play a larger role in our work and personal lives, more companies are offering security features and applications to protect the devices we carry with us all day.

That's why our list of top mobile security vendors includes a variety of company types, not just companies that specialize in mobile security. While some might argue that Apple and Google, as developers of the most popular mobile operating systems, are the most important companies in this market, we've decided to present the list in alphabetical order.

"In the mobile security arena, security by itself is too narrow an aperture through which to look at the mobile problem," says Andrew Jaquith, a former analyst with Forrester Research and chief technology officer of security firm Perimeter E-Security. "It is really about the complete management of the devices."

Indeed, no list would be complete without RIM, because of its focus on enterprise mobility and security.

Large security companies like Symantec and McAfee are not the only ones driving innovation. Startups, such as Lookout and MobileIron, have tackled mobile-specific problems and brought more user-friendly security to both consumers and enterprises. Companies not originally focused on mobile devices, such as VMWare, are bringing their security technology to the mobile platform.

However, as Jaquith notes, it's not just about security. Almost every enterprise will have to avail itself of a mobile-device-management system, such as those from Good Technology, Lookout, McAfee, MobileIron, and Zenprise.