10 Space Technologies That Help On Earth

NASA nurtured many innovations, from a portable communications system to an ultrasound machine for telemedicine, that have made the leap from space to Earth.
Elena Malykhina
Technology Journalist
March 18, 2013 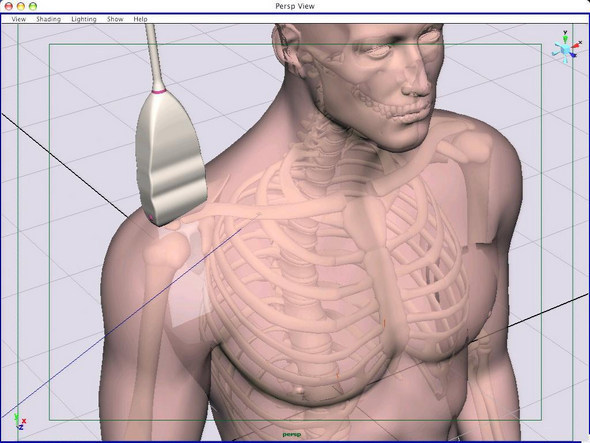 Two technologies with "life saving" potential are about to be induced into the Space Technology Hall of Fame in Colorado Springs, Colo.

The technologies -- an inflatable satellite communication system and a compact, low-power ultrasound machine -- will be inducted into the nonprofit Space Foundation's Space Technology Hall of Fame on April 11. The Hall of Fame recognizes innovations developed for use in space that are repurposed in ways that improve life on Earth.

The GATR Inflatable Satellite Communication System is a portable, inflatable antenna that uses geostationary satellites to establish communications in remote areas. The result of a partnership between NASA's Glenn Research Center and SRS Technologies, the system has been used in emergency relief efforts, as well as by the U.S. government for military and security operations.

The other Hall of Fame inductee is a compact, low-power ultrasound machine (pictured here), originally conceived to support telemedicine in space. The ultrasound devices were developed through the Advanced Diagnostic Ultrasound in Microgravity (ADUM) experiment, which took place on the International Space Station from 2003 to 2005. Experts on the ground received diagnostic-quality images from the Space Station through satellite connections. The ADUM team worked with Henry Ford Hospital, Wyle and Epiphan Systems to adapt the technology to send ultrasound scans over long distances on Earth without loss of image quality.

Sixty-seven technologies have been inducted into the Space Technology Hall of Fame since it opened 25 years ago. They illustrate how space exploration can have "unexpected benefits" on Earth, said Kevin Cook, the Space Foundation's director of Space Awareness Programs. "Our inductees remind us of what we can achieve when we dare to explore," Cook said. "They have directly improved the quality of life we enjoy today by creating industry, protecting resources and saving lives."

NASA has long partnered with the private sector, academia and other government agencies to repurpose space technologies for commercial use. Many of those advances are documented in the agency's annual Spinoff publication, which has featured more than 1,800 spinoffs in health and medicine, transportation, public safety, consumer goods, energy and the environment, IT and industrial productivity. The latest edition of Spinoff highlighted 44 innovations, including a search and rescue system enabled by satellite ground stations, and a robot assistant that roams hospitals and registers patients. NASA says spin-off technologies save lives and contribute to the economy.

The Space Foundation works closely with the NASA spinoff group to identify nominations for the Space Technology Hall of Fame and validate them. While most inductees have been NASA technologies, the Space Foundation also works with the European Space Agency, Japan Aerospace Exploration Agency, Chinese Manned Space Office, Canadian Space Agency and others. Going forward, the foundation expects to see an increase in inductees from other nations.¬¬

In this visual guide, we highlight the 10 most recent tech innovations to be inducted into the Space Technology Hall of Fame. Image credit: NASA