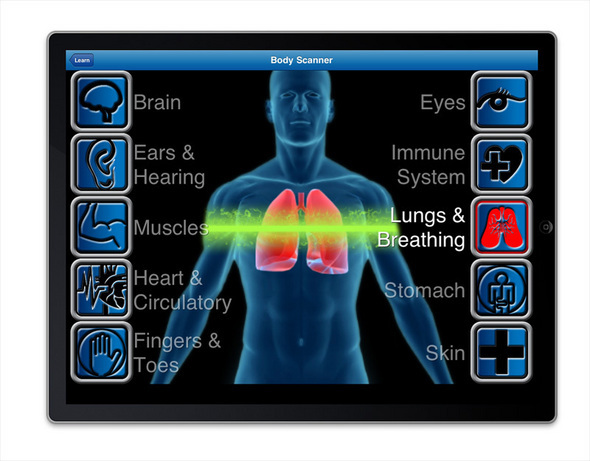 Suppose you're a veteran suffering from post-traumatic stress disorder and you want to learn relaxation techniques to deal with daily stress. Or you're a nursing mother concerned about the effects of certain drugs on breast milk. Thanks to the U.S. Digital Government Strategy, introduced in May by the Office of Management and Budget, you have access to more than 100 free mobile applications, many of which target health issues and specific medical conditions. The government is making it easier for doctors and first responders, too; the apps have been integrated with federal agencies' online guidelines, databases, and emergency services, such as 911 and hurricane shelters.

Mobile apps are expected to generate $15.9 billion in end-user spending this year, according to Gartner. However, only 11% of all adult cellphone users downloaded health-related apps in 2011, a number that hasn't significantly changed since 2010, according to a separate study by the Pew Internet and American Life Project. The Digital Government Strategy aims to improve that statistic.

Federal agencies regularly add free health and medical apps to the government's official Web portal, USA.gov. The initiative's broader goal is to provide the American public with high-quality information and to encourage innovation in the mobile space. The agencies have already built mobile apps for the Apple, Android, and BlackBerry operating systems, and according to USA.gov, more devices will be supported in the future.

Tech-savvy clinicians and patients aren't the only ones to benefit from the government's mobile program. Many organizations are developing apps to provide better health services to members, but it's a costly undertaking that smaller firms with limited budgets can't afford. Free government apps are a great resource for care management and personal health record providers because they don't cost anything to develop and they come from a reputable source.

IT managers can recommend such mobile apps through their member portals as an additional resource for patients. For example, a clinician might advise a patient suffering from anxiety who has completed a health risk assessment (HRA) to download an app for practicing breathing exercises. What's more, if the data supplied by such users can be saved and exported, as is possible with most medical apps, IT managers can build smarter systems for health recommendations and similar services.

Federal agencies also want to ensure that apps dealing with health and medical needs don't put consumers at risk. The U.S. Food and Drug Administration has proposed the regulation of such apps. The FDA draft guidelines, released in July 2011, address a small fraction of programs, such as those that are "used as an accessory to a medical device already regulated by the FDA" or those that "transform a mobile communications device into a regulated medical device by using attachments, sensors, or other devices." Most health and medical apps, however, will not require any government testing or approval; it's up to consumers to use their best judgment. These tools are not meant for self-diagnosis or treatment unless directed by a physician.

InformationWeek Healthcare has been closely following the emergence of "mobile government." Here, we focus on 12 health and medical apps from federal agencies, selected based on an overall user rating of four stars or more. The featured apps are free and therefore accessible to all consumers and professionals with supported mobile devices.