Even though mobile operating systems such as Android are superior to PCs when it comes to protecting against security threats, there still are several concerns that IT should beware. 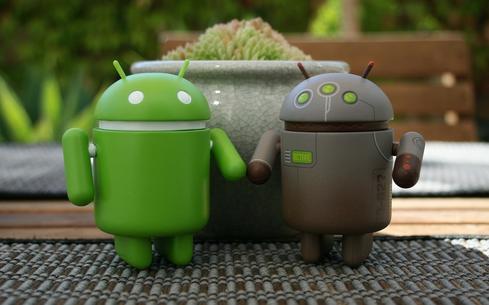 Compared to traditional PC operating systems, the Android smartphone OS is far and away more secure. That's right. It's more secure than PCs mainly because the mobile smartphone space is so new. Android OS developers learned from security mistakes of the past, and they made significant strides in blocking those threats right from the start.

After all, every week in the news we hear about dozens of tremendously dangerous new Windows vulnerabilities and exploits, but it's still fairly rare to hear about a major security flaw in the Android OS that requires a user to patch or upgrade immediately. Think about it: We don't have a "Patch Tuesday" for Android, do we?

Even though mobile operating systems such as Android are superior to PCs when it comes to protecting against security threats, there still are several concerns that IT should beware. Android-based smartphones continue to gain popularity among consumers, and even if they're not officially allowed in your operations, they are surely making their way into your enterprise nonetheless.

Android is a unique OS compared to its other direct mobile competitors, such as Apple iOS, because of its adaptability and flexibility. Android has the unparalleled ability to be the jack-of-all-trades OS for smartphones, tablets, smart TVs, appliances, and even our automobiles. And as the Internet of Things comes crashing down on us, Android is almost certainly going to be the go-to OS to operate most IoT-connected edge devices.

The key aspect that surrounds most Android security concerns has to do with the fact that it's highly customizable. Hardware vendors often make modifications to the stock Android OS to tailor the software to a specific piece of hardware. While this is an incredible feature, it can also be considered one of Android's greatest security flaws.

Because we anticipate massive growth potential for the Android operating system, it's important that IT becomes familiar with certain aspects of the OS — and its user community — that may make it more vulnerable than other mobile operating systems. The key to finding a solution to a security problem is to understand the security flaw in the first place. That's what we'll attempt to help you do on the following pages. If you think we missed a major Android security flaw — or if we overstated a concern – tell us all about it in the comments section below.

Andrew has well over a decade of enterprise networking under his belt through his consulting practice, which specializes in enterprise network architectures and datacenter build-outs and prior experience at organizations such as State Farm Insurance, United Airlines and the ... View Full Bio
We welcome your comments on this topic on our social media channels, or [contact us directly] with questions about the site.
Comment  |
Email This  |
Print  |
RSS
More Insights
Webcasts
4 Tips for Processing Real-Time Data in Your Data Center
Resilience & Reinvention: Enterprise IT in 2022 Virtual Event 12/9
More Webcasts
White Papers
2021 Digital Transformation Report
The New Frontier of Endpoint Management
More White Papers
Reports
Defending Against Critical Threats
CVE Weaponization Report
More Reports
Copyright © 2021 UBM Electronics, A UBM company, All rights reserved. Privacy Policy | Terms of Service