9 Bargain IT Tools For SMBs 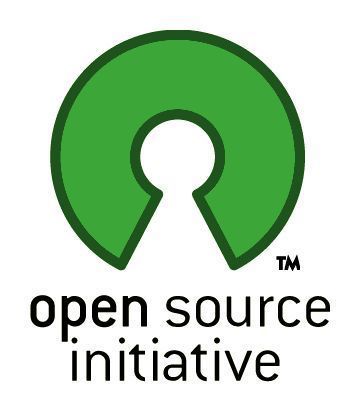 Veteran IT pro Trevor Thorpe currently plies his trade as network and systems administrator at Draker, a solar energy firm, where he supports around 100 end users. Thorpe regularly turns to open source and free technologies to get the job done there -- as he did at previous career stops, too.

Stretching the budget -- standard operating procedure at many small and midsize businesses (SMBs) -- is one obvious reason Thorpe does so. But he turns to open source and free tools even when cost is less of an issue, such as at the 300-person firm where he worked prior to joining Draker. After all, you won't often anger the bosses by telling them you came in under budget on an IT project.

"Why spend the money if you don't need to, even if you have the money?" Thorpe said in an interview. Some form of cost-benefit analysis, formal or ad-hoc, is usually required. A free version that does 80% of what its paid counterpart does might be good enough in some scenarios. "Like everything, you've got to weigh it [against your other options]," Thorpe advised.

Money isn't the only consideration. Open-source platforms enable skilled do-it-yourself types to tinker and tweak away. "You're not locked into canned software," Thorpe said. "Most of the open-source stuff you can go in and modify yourself. You can configure it, you can integrate it a little bit easier with other things, you can script and program against it to do stuff it may not have been intended to do initially. You can get your hands in there. Whereas when you buy software, you get what you get."

"Free" usually sounds good to just about everyone. Open source, however, isn't always for the faint of heart. It typically requires a certain amount of in-house technical skills to do right, Thorpe noted. "You need talented staff for configuration, and really good troubleshooters and problem solvers," he said. "There's not a pick-up-the-phone option [for help]. You have to dig in and fix it yourself."

Indeed, support is usually light or nonexistent, unless you're willing and able to buy premium support, a common open-source revenue stream. On the plus side, Thorpe notes that the open-source community is a large and collaborative one. That means help and advice is often available online.

Users can be finicky about open-source software, too, particularly if it's going to replace something they're already familiar with. "People resist change," Thorpe said. "It's just like dropping a Mac in front of somebody who's been using Windows, or a Windows box in front of someone who's been using a Mac. You can do the same things, it's just a matter of how you get to do it."

Thorpe's advice to fellow IT pros that are relatively inexperienced with open-source technologies: Read. He recommends reading reviews, forums and similar sources of admin and user feedback before choosing tools. Moreover, he recommends reading documentation thoroughly before beginning an installation. And be patient: Some platforms might take a while to learn. "It can be overwhelming at first," Thorpe said. "It's not necessarily a five-minute config. They're challenging at times. I would tell someone not to expect this to be the easiest thing they've done in the last week or two."

It's also worth noting that "free" doesn't always mean "open source." You can download and run VMware's vSphere Hypervisor at no cost, for example, but don't expect the keys to the source code. Nor does open source always mean "free" -- such platforms often charge for support or feature upgrades. Others phase out their free versions once you hit certain user or technical milestones.

Got the open source bug? Need a free tool to help squeeze more out of a tight budget? Read on for nine technologies that Thorpe has deployed with positive results in corporate environments.