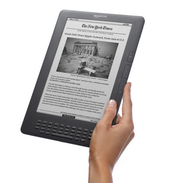 Adobe said it has taken a big step in reducing power consumption in laptops with the latest version of is Flash video player.

The company released Flash Player 10.2 Wednesday, eight months after the release of version 10.1. Both players have technology that reduced the amount of CPU power needed to play video, but Adobe said the latest version is up to 34 times more efficient.

Flash Player 10.2 sips power as a result of what Adobe calls Stage Video, "a full hardware accelerated video pipeline." Essentially, the new player runs video and all the elements associated with it -- text, graphics, ads -- on the CPU, as opposed to through software. The latter is much less efficient, while the former can run 1080p high-definition with just 1% to 15% of CPU usage on a Mac or Windows computer. The new player also supports Linux.

Adobe has taken some heat for Flash's power usage, which translates into shorter battery life in devices. Among the most vocal critics has been Apple chief executive Steve Jobs. Jobs refuses to support the technology in the iPhone and the iPad, saying it's buggy and uses too much power. Adobe's latest Flash Player is unlikely to appease Jobs, because the technology is for PCs, not mobile devices.

Adobe used hardware-assisted decoding of video in Flash 10.1, and decided to go full-bore with the latest version. PC users will have to wait awhile before noticing the difference on Web sites. That's because sites and content providers will have to tweak their video players to take advantage of the latest Flash technology.

Web companies that have started the necessary work to support version 10.2 include video-sharing sites Vimeo and Google-owned YouTube, Adobe said. Brightcove, which provides Web sites with a software platform for running video, is also working on supporting the latest Flash.

Other features in Flash 10.2 include the ability to take advantage of Microsoft's hardware accelerated HTML5 graphics in Internet Explorer 9. In addition, the new Flash player will jump to full-screen playback with one click and supports playback on multiple screens. For gamers, Adobe has added support for what it calls "native mouse cursors," which lets developers run bitmap-based cursors at the operating system level. This lets designers and developers create their own static or animated cursors with "silky smooth responsiveness" for richer game and applications interfaces, Adobe said.

Flash Player 10.2 is available for download on Adobe's Web site.