Users may soon have another weapon to combat thieves who pilfer Android smartphones or tablets -- a kill switch that goes beyond a remote data wipe.

Android users who find their beloved device lost or stolen may soon have another option for securing the data and personal information on their smartphone or tablet beyond the traditional remote data wipe.

Google merged change 235361 into the Android Open Source Project (AOSP) on Friday. The notes on the change explain:

When recovery starts with --brick, it tries to brick the device by securely wiping all the partitions as listed in /etc/recovery.brick.

This is designed to support bricking lost devices.

For companies with BYOD policies, the potential for an added security level is a good thing.

With the remote brick function, users would be able to prevent others from booting up their device. That's far more secure than having a thief access the device and potentially accessing personal data and account information, even after the tablet or phone has been wiped. 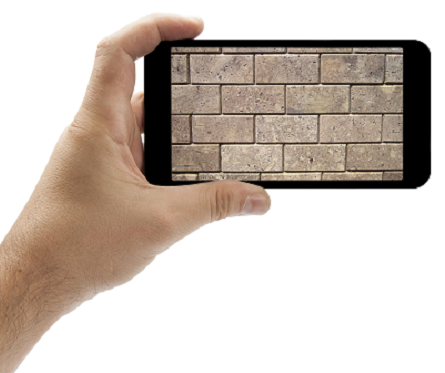 But Android device makers such as Samsung, HTC, or LG would need to take this AOSP change and incorporate it into their devices for the bricking feature to work, according to an XDA Developers report.

"Google developers recently merged a commit to AOSP that allows you to brick your smartphone via recovery mode. This feature will also be accessible via Android Device Manager too, and it is designed to let you securely wipe all partitions of your lost smartphone or tablet. This will need to be supported by OEMs though, as they'll need to designate the partitions in /etc/recovery.brick," XDA noted.

Although the brick feature would allow users to remotely brick the device, Android Police noted the implementations would still likely have a way for users to recover the device without special hardware once it's in their possession.

This feature is expected to be targeted at enterprise applications, possibly Android for Work, so administrators could brick the device as part of their mobile device management tricks, observed Android Police. The site pointed out that it's unlikely a consumer would be able to brick their device until Google developed a "foolproof software tool" for them to use.

How soon this feature may make it into Android devices has yet to be seen, but the change is there in the AOSP for manufacturers to consider.

Dawn Kawamoto is an Associate Editor for Dark Reading, where she covers cybersecurity news and trends. She is an award-winning journalist who has written and edited technology, management, leadership, career, finance, and innovation stories for such publications as CNET's ... View Full Bio
We welcome your comments on this topic on our social media channels, or [contact us directly] with questions about the site.
Comment  |
Email This  |
Print  |
RSS
More Insights
Webcasts
The Experts Guide to Ransomware Response
Multi-Cloud Data Management for Modern Applications
More Webcasts
White Papers
Cisco Threat Response
2020 Digital Transformation Report
More White Papers
Reports
The Infoblox Q4 2020 Cyberthreat Intelligence Report
Are Unprotected Cloud Databases Leaking Your Data?
More Reports