The 8-month-old version of Android has finally reached 10% of Google-based smartphones, even as a new version is almost ready to replace it.

Google says Android 6.0 Marshmallow, released last fall, is now installed on 10.1% of Android smartphones and tablets. At the same time, Google is hard at work on Android N, which will supplant Marshmallow in just a few months. In other words, the Android fragmentation story continues its sad path onward.

The latest Android version data was compiled between May 31 and June 6. Google assesses which devices are accessing the Google Play Store once per month so it can help guide developers in their efforts to create apps compatible with the greatest number of devices. This monthly report provides everyone with information on where the different versions of Android stand with respect to the installed base of more than 1 billion phones and tablets around the world.

At this point everyone knows that Android devices are much slower to update to new system software than Apple's iOS devices. In fact, much of the growth attributed to new versions of Android comes from new handset purchases, rather than bulk system updates. 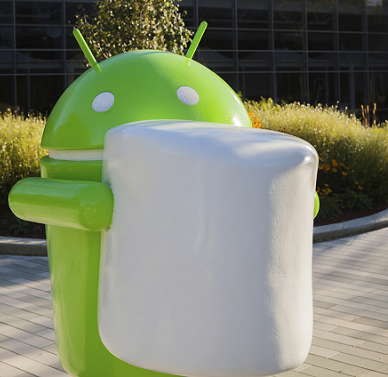 Another interesting aspect of the report is the data it provides on screen sizes. For example, 41.1% of all Android phones have "normal" screen sizes (Google doesn't define the actual dimensions) with resolutions of 720p HD. A bit more than 25% of phones have normal-size screens at 1080p HD, while 15.6% of phones have normal-size screens at quad HD. That says a lot about the types of Android smartphones people are using. The higher the resolution, the higher the cost of the phone.

To put Google's numbers into perspective, we must compare them to Apple's. As of May 9, 84% of iPhones and iPads were running the latest build, iOS 9. A mere 11% were still on iOS 8, and only 5% were on older versions.

Why the big difference? Apple controls its software updates for all devices directly, while Google does not. Google can deliver updates to the Nexus-branded phones and tablets, but it is up to Google's handset and carrier partners to provide updates after devices are in the market. There's little financial incentive for OEMs to create the updates, and the testing process often takes months.

Google may shame its partners into pushing updates out at a quicker pace -- especially those updates that include important security fixes.

If you want the latest version of Android, the only guaranteed way to get it is to buy a new phone with the operating system already installed.