SEARCH
A minimum of 3 characters are required to be typed in the search bar in order to perform a search.
Announcements
Report
Find out what you need to know so that you can plan your next career steps and maximize your salary.
Event
Explore strategies, new technologies, and best practices to provide a secure infrastructure - Learn more at Interop!
PreviousNext
Mobile
Slideshow

Apple has introduced an emboldened version of its successful ResearchKit platform -- now a year old -- as well as CareKit, an open-source platform that's the natural extension of what ResearchKit is now making possible. Here's a look at the frameworks and 6 new health-related apps that were created using them.
Michelle Maisto
Freelance Writer
March 27, 2016 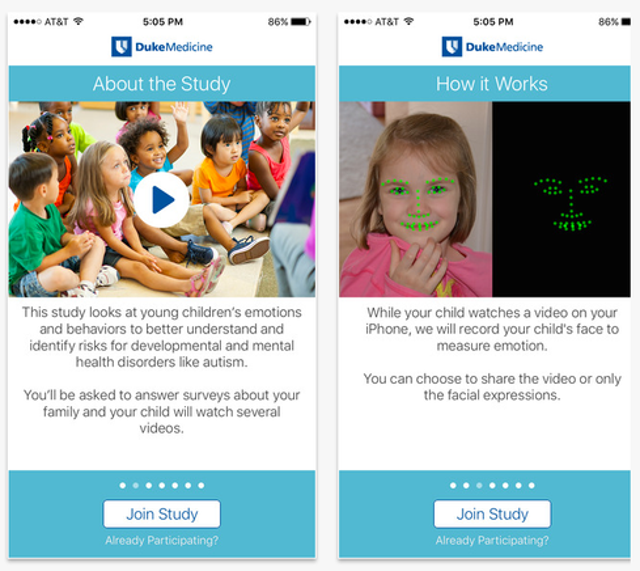 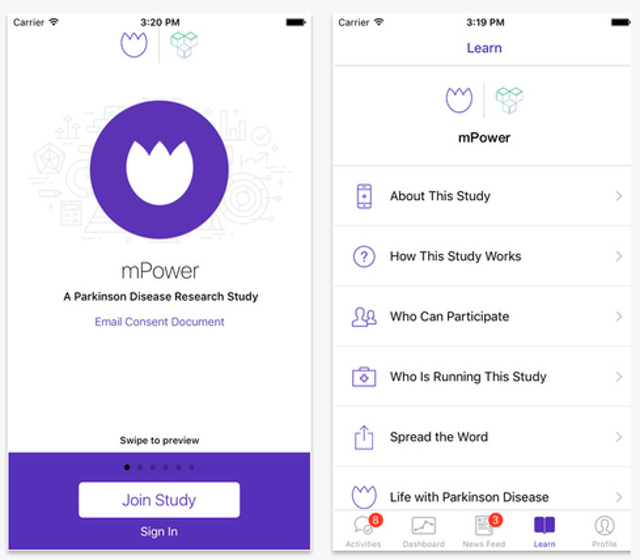 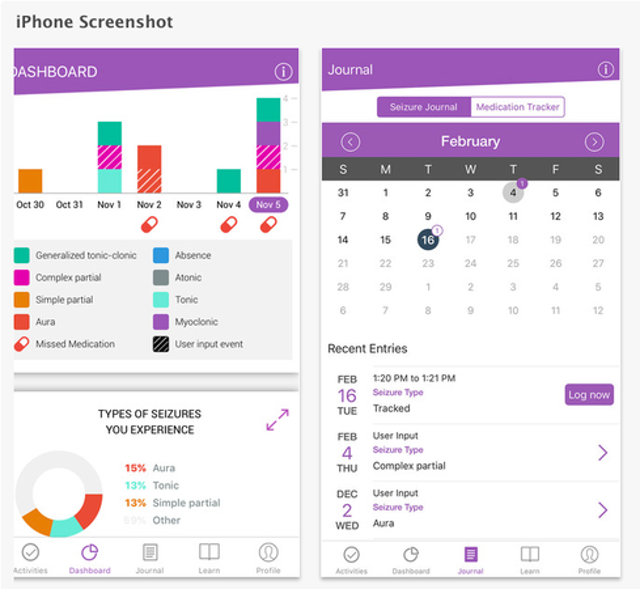 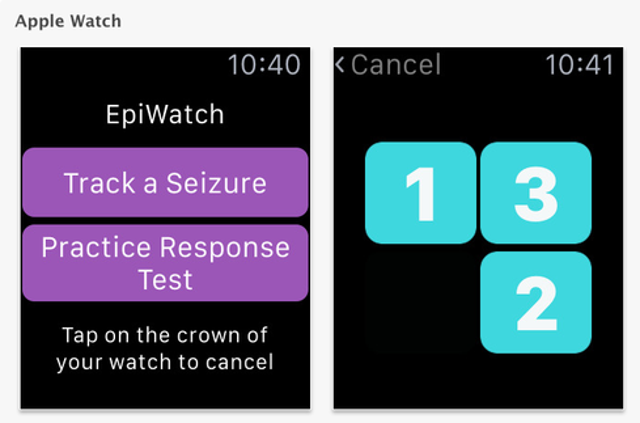 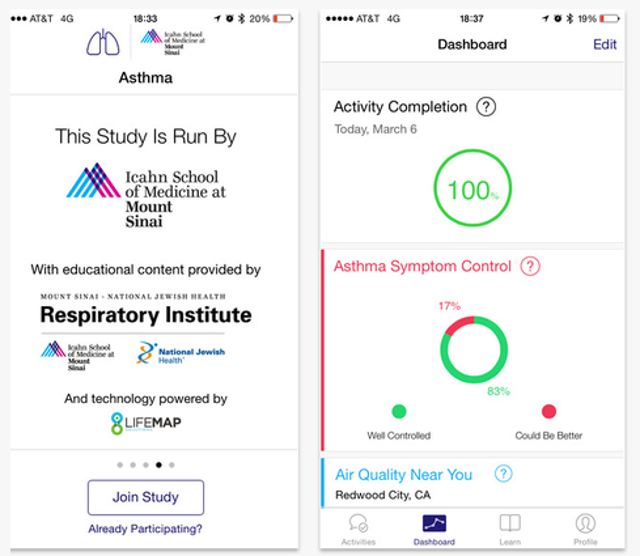 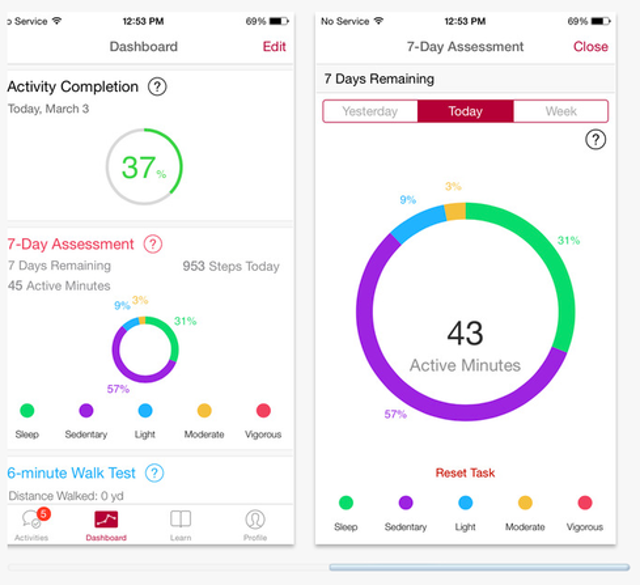 At its March 21 press event, a year after the introduction of its healthcare-focused ResearchKit initiative, Apple showed off an update to the platform, along with new software that's its natural evolution and complement -- CareKit. While ResearchKit is a way for OS users to participate in medical testing, CareKit uses the now-familiar interface to help users better understand and manage their health.

With the addition of a new module designed by 23andMe, researchers can now incorporate genetic data into ResearchKit apps in ways that Apple describes as "seamless, simple, and low cost." Additionally, working with the National Institute of Mental Health, researchers can deliver "spit kits" to research-study participants, based on their survey results.

The initial goal for ResearchKit was to "use technology to solve some of the biggest problems facing medical research," Apple COO Jeff Williams said during the March 21 event.

And the result? "Virtually overnight, the research studies that we launched became some of the largest in history," said Williams. More importantly, he added, "researchers are gaining insights that just weren't possible before."

To that point, the quieter victory, easily lost in the excitement of medical advancements, may be ResearchKit's example of the next stage of big data -- which is an opportunity that many industries have still to benefit from, or figure out how to.

In a 2013 report, McKinsey advised the healthcare community that an "era of open information in healthcare" was underway, and that there was a promise of new threads of knowledge in big data, "so called not only for its sheer volume but for its complexity, diversity, and timeliness."

It added that "integration of data pools [is] required for major opportunities."

With ResearchKit and CareKit, Apple has, in one of most friction-less transitions imaginable, integrated such data pools.

Patient information that has traditionally existed in silos, whether in a physician's database or a hospital's, is now being pooled with patient data from around the world, making far greater insights a reality. According to Williams, ResearchKit studies have broken "geographical boundaries."

An asthma study, for example, was able to discover triggers from all 50 states. And a diabetes study from Mass. General, suddenly benefiting from a wealth of contributors, was able to determine that within Type 2 diabetes there are several subtypes.

Such information, said Williams, is "paving the way for precision medicine for the future."

The latter is an area where Apple will compete with, among others, IBM, which is using its Watson system to work with cancer facilities to determine customized treatments based on patients' DNA.

According to Mordor Intelligence, a patient diagnosed with cancer in 2004 had a 10% chance of obtaining the right treatment; by 2015, precision oncology had increased those odds to 70% to 80%.

Software like ResearchKit and CareKit, by bringing together immense amounts of information that otherwise may have been dispersed around the country or globe, may significantly contribute to very personalized care. That is, even in ways not obvious to a person interacting one-on-one with their physician, through their own smartphone.

In April, Apple will release CareKit as an open-source framework that lets developers build on four initial Apple modules: a Care Card that helps users track their care plans and action items; Symptom and Measurement Trackers; an Insight Dashboard that maps symptoms against action items; and Connect, which enables users to share information with healthcare providers or family members.

Here's a closer look at ResearchKit and CareKit, as well as some of the apps that will be gaining new capabilities thanks to the newest version of ResearchKit, and new apps that will debut with the April launch of CareKit. Each nods at what becomes possible not only when developers, researchers, and consumers have advanced tools available to them, but when traditionally disparate data is brought together for analysis.

Do you think these types of apps will revolutionize healthcare? Would you use them? Let us know in the comments section below.