Apple Watch Apps Will Have To Run Natively - InformationWeek

On the wearable's one-year anniversary, Apple told developers over the weekend that all new watchOS apps submitted to the App Store must be native apps starting June 1.

Apple Watch At 1: How It's Changed
(Click image for larger view and slideshow.)

Apple is still aiming to solve one of the most aggravating aspects of the Apple Watch -- slow apps. WatchOS 2.0, which allows apps to run directly on the wearable itself rather than a nearby phone, was supposed to help. Based on changes in the app store Apple plans to enforce, not enough apps are taking advantage of the new capabilities.

Starting June 1, 2016, all new watchOS apps submitted to the App Store must be native apps built with the watchOS 2 SDK or later, said Apple. Apple warned apps that haven't been compiled through the newer SDK won't be allowed in the App Store. In other words, Apple is forcing developers to improve their app if they want them to remain available in the App Store.

Native apps are important for the Apple Watch. The first generation watchOS platform didn't run apps on the wearable itself. Instead, apps ran on the iPhone and pushed their user interface to the Watch via Bluetooth. Apple initially took this approach in order to save battery life on the Watch. Native apps operate on the Watch directly to improve performance, though they might impact battery life a little more. 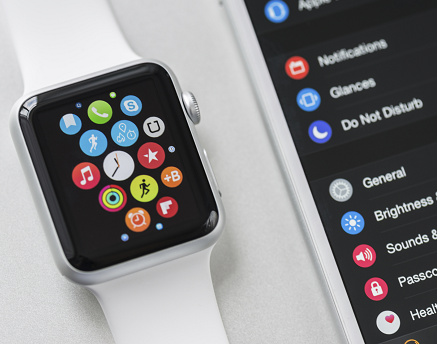 The Apple Watch, with watchOS 1.0, shipped starting April 24, 2015. Only a few months later, in September 2015, Apple released watchOS 2.0 with the appropriately updated set of developer tools. The second-generation platform was a huge step forward for the fledgling wearable. Beyond introducing native apps, watchOS 2.0 gave developers access to far more of the Watch's hardware.

For example, Watch owners can use the Digital Crown to scroll forward and backward through their calendar to see appointments, both in the past and down the road. Apple Pay on the Watch adds support for store-branded loyalty cards and credit cards. Activation Lock prevents the smartwatch from being wiped by a third party -- a much-needed security tool. Nightstand Mode turns the Watch into a bedside alarm clock. Siri can record individual workouts, and third-party apps can tap into health data. Last, transit directions are available in Transit Maps for some US cities.

The company's annual developer conference, WWDC, is scheduled for June 13-17. Apple is expected to show off new versions of its desktop and mobile operating systems, and will also likely talk about what's in store for the Apple Watch. It's possible watchOS 3.0 is on deck with a new SDK. Asking developers to update to the watchOS 2.0 SDK could be a step in preparing them for an even newer set of tools.

Apple is not expected to update the Apple Watch hardware until the fall. Rumored improvements include a faster processor, LTE/cellular connectivity, GPS, and improved battery capacity. Analysts say they believe Apple sold about 12 million of the wearables during its first year of availability.