50%
Tweet
BlackBerry, which dominated the mobile market during the dawn of the smartphone era, is no longer making hardware. Instead, it will focus on software, management, and security, which moves the company deeper into the enterprise.

Beyond BlackBerry: Outdated Tech The Feds Should Dump
(Click image for larger view and slideshow.)

BlackBerry has finally announced what many pundits and observers have predicted for a while now: The Canadian company will no longer make its own hardware. Instead, it will outsource its smartphone manufacturing to partners, while focusing on other areas, including software and security.

The announcement, which came during its second-quarter financial report for fiscal 2017, was long anticipated by the industry. Once the gold standard at the dawn of the smartphone era, BlackBerry dominated the mobile market. But its position slipped as Apple introduced the iPhone about 10 years ago, and Google's Android operating system created a mass of sleek smartphones that fulfilled the needs of business, as well as consumers.

In a statement released Sept. 28, BlackBerry CEO John Chen restated what he has previously, specifically that the company's future lies in software, mobile management, and security. At the end of the day, supporting a faltering handset division did not make sense:

Our new Mobility Solutions strategy is showing signs of momentum, including our first major device software licensing agreement with a telecom joint venture in Indonesia. Under this strategy, we are focusing on software development, including security and applications. The company plans to end all internal hardware development and will outsource that function to partners. This allows us to reduce capital requirements and enhance return on invested capital.

For years, Apple's iPhone and phones offering Google's Android have dominated the handset market. Recently, IDC released its smartphone estimates for 2016. Those numbers show Android, which is installed on many different devices from several manufacturers, is forecast to end the year with a marketshare of about 85% worldwide, and iOS will come in at second place with about 14% of the market. Microsoft's Windows Phone is expected to account for 0.5%, and the "other" category, which is where BlackBerry falls, is slated to hold 0.3%. 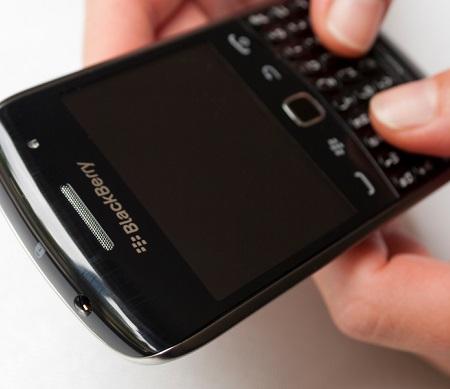 The IDC numbers show that, by 2020, BlackBerry's marketshare will disappear altogether.

"It's easy to think of BB's decision to exit handset development as 'the end of an era' but the company's market position has been so negligible for so long that 'putting it out of its misery' might be a more accurate metaphor," Charles King, the principal analyst at Pund-IT, wrote in an email to InformationWeek Wednesday morning.

"That said, BB's fall also acts as a lens to consider the mobile market more broadly," King added. "The fact is that the handset segment is one where a handful of successful vendors (Apple, Samsung, etc.) occupy the high end, while most everyone else below them scrabbles for profits from quarter-to-quarter. BB is simply an example of what awaits any vendor that falls from high-end grace."

While its days as a smartphone manufacturer are over, it doesn't mean that BlackBerry will go away. In fact, for IT and the enterprise, the company is doubling down on its offerings. In its announcement Wednesday, the company highlighted two new business offerings that are geared toward the modern computing era:

There have also been acquisitions to help its security portfolio, including its recent deal for UK-based security firm Encription Limited, which provides a number of different consulting services.

In addition to its traditional management software, security and software are the parts of the market that King says he believes BlackBerry can thrive in, especially since the company has close relationships with many IT departments. Employees may use iPhone and Android smartphones that could potentially be controlled and secured through BlackBerry software.

"The fact that the company has a believable path forward in enterprise software and security underscores how woeful the performance of other vendors has been in those segments," King wrote in his email. "The fact that BB is likely to remain significant and successful by addressing the needs of enterprises suggests that Apple, Samsung, and their peers need to step up their game if they truly desire their products to be considered enterprise class."

[Read more about BlackBerry's move away from smartphone production.]

During its announcement, BlackBerry reported that it had about 3,000 enterprise customer "wins" during that last three months, and that approximately 81% of its revenue from software and services was recurring -- a sign that's it's holding onto these new customers.

For its second quarter, BlackBerry reported a net loss of $372 million, or about 71 cents a share, compared with $51 million in profits from the previous year, according to Reuters. At the same time, revenue dropped to $334 million from $490 million.

BlackBerry signaled that it would start moving away from its own smartphone operating system when it began developing devices based on Android in 2015. During Wednesday's announcement, the company announced a joint venture, BB Merah Putih, which will sell BlackBerry-branded devices running Android in Indonesia.

Well this was their last biggest market several years ago. But it's down to almost nothing there too now. It just seems desperate when a third world country is being depended upon, and pointed out, as their future. It's highly doubtful that anyone really cares. As Chen himself pointed out in an interview several months ago, just after their last terrible quarter, they need phone sales for their software and services business. Much of that is dependent on managing Blackberry phones. Let's face it, this quarter, we're seeing a false picture of the company, like a couple of quarter's past. They make it look as though software sales have doubled, when it's really just the consequence of their buying Good, and adding their results to those of Blackberry. That makes it look as though there was growth. But in reality, their continuing businesses are all down significantly. Good itself was going down when they bought them. Even QNX is suffering in the automotive world from the assault of automotive Linux OS's. and with Apple and Google working on solutions that go beyond what QNX is a capable of, who knows how much longer it will survive? The future is really poor. Investors don't seem to understand that even if Blackberry does "survive" it will be as a company with well under $1 billion in sales a year, likely under $600 million, the way things are going. Is that success on Chen's part? No it's a major failure.
Reply  |  Post Message  |  Messages List  |  Start a Board

@melgross: I couldn't agree with you more on what you wrote here. I doubt BlackBerry was making any money at all on any phones at this point. However, by going in with partners in developing economies such as Indonesia, a few phones sold could mean some decent market share and some profits. This is probably a way to break into other developing areas as well, and maybe even India, which is seen as the next big market for smartphones.
Reply  |  Post Message  |  Messages List  |  Start a Board

The previous quarter Blackberry sold less than 500,000 phones. So while it's nice to make a deal with other companies and lose the expenses, as Chen is saying, I doubt if Blackberry will be seeing any profits from this. Seriously, why would another company put any real money into such a declining business? This quarter it was 400,000 phones. With this trend, why bother? And software and services was down as well. All in all, a miserable trend. I can only think that Blackberry investors are incredibly naive.
Reply  |  Post Message  |  Messages List  |  Start a Board
Editors' Choice
Hot Topics

IT Careers: 10 Job Skills in High Demand This Year Cynthia Harvey, Freelance Journalist, InformationWeek,  2/3/2020
White Papers
Let's Talk: Why Language Matters in Cybersecurity
6 Emerging Cyber Threats That Enterprises Face in 2020
Digital Transformation Built on the Cloud
Ransomware Defense for Dummies - 2nd Edition
Protection Inside and Outside the Office: The New State of Cybersecurity