I have several Mac systems, all running Snow Leopard. I have not felt the need for Lion. After hearing from some of you, I'm glad I haven't switched--yet.

Today I received this from a reader who uses Macs for highly sophisticated systems software such as USB 3 drivers.


I would not upgrade to Lion just yet. I just lost a week of work. I'm pretty good at backup, but a perfect storm took me out.

Lion is too buggy and major system apps like VMware Fusion that are trying to upgrade to support Lion's new features are picking up the bugs. In my case, I use two big 30-inch high-res displays, and Lion's generic application full screen mode does not support them. However, VMWare's version 3 series does not use the Lion approach to full screen mode and it works. I did not know this until it was too late.

VMWare Fusion popped up one of those reassuring ads when I fired it up saying version 4 was ready. VMWare's Fusion releases in the last few months have been getting better so I felt it reasonable to upgrade. Bad idea. I used the two displays to run Linux under Fusion for major development. It does not work. So I downgraded Fusion to its version 3 incarnation and went to downgrade the virtual machine. No joy. Used Time Machine to restore the virtual machine to yesterday's version (you can do this if you let the virtual machine split its virtual hard disk into 2GB segments)--and instead restored from a year ago.

I now get to retype in a week's worth of code. I counted on Time Machine alone. That was stupid and the usual admonitions apply.

I forwarded this to a private conference of my advisors.


I've been running Lion since the 10.7.1 release update came out. Here are my observations: New Apple Mail is...meh. Handled IMAP poorly, [so] I switched to Thunderbird for all my OSes. VMWare hadn't updated to fully support Lion, so I tried Parallels 7. I think it's a bit better. If you have any PowerPC code-based applications, they will no longer work. (I had some Applescripts compiled as apps that I had to recompile.) Feels a little slower on graphics performance compared to Snow Leopard. Uses a bit more RAM, [so] I upgraded my 2008 Macbook Pro from 4GB to 8GB.

Printer support has some new quirks. The Xerox multifunction copier was previously printing under IPP. Lion supports IPP 2.0 and doesn't fall back to IPP 1.0 properly (just to 1.1) and this breaks ability to print to Xerox. Fix was to create a new networked printer treating it as an IP JetDirect or LPD type instead of IPP. Xerox's website had no documentation about this, [so] I had to muddle through it. Considering I had to work around Xerox's buggy print driver installer for Snow Leopard, I am not surprised by this.

The new behavior mode of the OS restoring to your last-opened applications requires behavior modification. For example, if I looked at a file in preview (like a PDF) I would traditionally close preview after I was done with the file, not close the file. However, under Lion this now means when I open preview the next time, it will open up whatever file I had been looking at last time. So now I remind myself to close the document first, then the application. This nonsense applies to any application supporting the Lion restore feature.

Some friends of mine have discovered some rather ludicrous issues with passwords and file system permissions which I sincerely hope Apple fixes ASAFP because it's made it easier for people to change or discover your password if they can get physical access to your system.

Currently, if you can wait, wait. Otherwise I would say when 10.7.2 comes out is probably a decent time to upgrade depending on what the reports say.

That would be my advice as well: there's no great urgency in moving to Lion. In fact, didn't I say that when Lion first came out? Ah, well. It's still the right advice.

Regarding security: the maxim is, if someone else has physical access to your system, it's not your system any longer. There are just too many ways to dig into computers. (A simple one is booting up with Linux to gain access to all the files.) Of course, for most of us there's nothing to be done about that. But you have been warned.

In the meantime, my iMac Imogene still runs Snow Leopard. 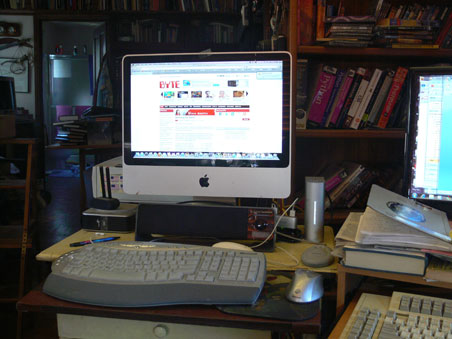 Jerry Pournelle is BYTE's senior technologist. An award-winning science-fiction author and columnist, he's back at BYTE now reprising Computing at Chaos Manor. Find all of Jerry's material at www.jerrypournelle.com. Or email him a question or comment at [email protected].