The office products company released a study on Tuesday stating that small-business owners and managers sit in front of their computers for long lengths of time. These "mouse potatoes" also "deskfast" in order to save time. Yup -- that's "desk" and "breakfast" combined. 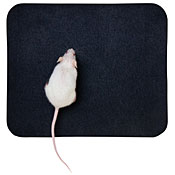 "Small businesses are obviously working harder to get through these tough economic times," said John Giusti, Staples' vice president of small-business marketing, in a statement.

But before you exclaim, "Of course! It's like Staples knows me," realize that the terms "mouse potato" and "deskfast" are nothing new. And while we'd love to blame the recession for how much harder a lot of us are working, think back -- how many of you small-company owners are still in business because you've been working long days for years, way before it was officially announced that we're in a recession?

In all seriousness, however, the Staples study, conducted by Profile Marketing Research, does make a few interesting points:

Now pardon me while I deskfast.