Do Apple Advocates Use FUD To Criticize The Microsoft Zune? 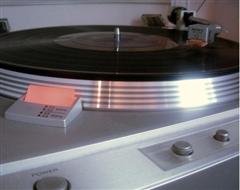 Jon Lech Johansen, a/k/a DVD Jon defends the Microsoft Zune against misrepresentation and distortions by its critics. Microsoft, he says, is offering features to its customers that Apple isn't offering -- features that give users more freedom in how they share their music -- and then Microsoft is getting slammed for being in media companies' pockets.

The Chicago Sun-Times's Andy Ihnatko would have you believe that Apple listens to the user's needs, while Microsoft listens to the music industry's needs. Yet the Zune lets you sync non-DRM'ed music back to your computer and the iPod doesn't (the iPod only allows you to sync DRM'ed music back). ... Imagine that! Microsoft providing users with a feature that Apple refuses to provide. Not that a Mac zealot will ever admit to any such thing."He says a critical Zune reviewer has been exposed to the Steve Jobs Reality Distortion Field for too long, quoting Wikipedia's definition: "RDF is the idea that Steve Jobs is able to convince people to believe almost anything with a skillful mix of charm, charisma, slight exaggeration, and clever marketing."


The Zune isn't perfect, but neither is the iPod. In 1998, I thought the MP3 players we'd be seeing by 2006 would be more advanced than the iPod and Zune combined. Apple has made great strides with the iPod in many areas, especially ease of use and integration with its groundbreaking online service. But innovation has been spread too thin in the iPod line lately. Without real competition, it appears Apple has had the luxury of postponing next-generation features in order to squeeze extra product cycles out of the iPod line.

There have been complaints about the Zune's "three plays in three days" sharing limitation, but the iPod doesn't even have a wireless sharing feature to limit (or FM radio and a music subscription option, for that matter). And somehow, people have gotten the impression that Zunes won't play MP3s downloaded from P2P sites; it plays them as much as the iPod does.

Wired goes on to say that, while Zune is flawed, it's not getting enough praise for its user interface.