The smartphone market is expected to hit a big slowdown this year, with shipments growing by less than 2% -- a dramatic decline from 2015, according to new numbers from IDC. For IT departments managing fleets of mobile devices, the focus will likely be on only two operating systems: Android and iOS.

The global smartphone market, which seemed to enjoy steady growth ever since the introduction of the first iPhone 10 years ago, has now hit a significant slowdown, with shipments expected to grow only 1.6% this year, according to new numbers from IDC. This is dramatically down from the 10.4% growth seen in 2015, according to the research firm.

A lack of compelling features, market saturation, and a willingness of users and IT to buy "good enough" devices are attributed to the smartphone shipment outlook of 1.46 billion units in 2016.

Market growth is coming from emerging markets in Asia, Africa, and the Middle East, which will see a compound annual growth rate (CAGR) of 5.4% from 2015 to 2016. However, in mature markets -- the United States, Western Europe -- it's the reverse, with CAGR of negative 0.2%.

These numbers, which IDC released Sept. 1, confirm much of what vendors such as Apple and Samsung have reported in their financial results -- that the market that once saw massive growth has greatly shrunk. In its latest earnings report in July, Apple said it shipped about 40 million iPhones during the quarter compared to 47 million units during the same time a year ago. 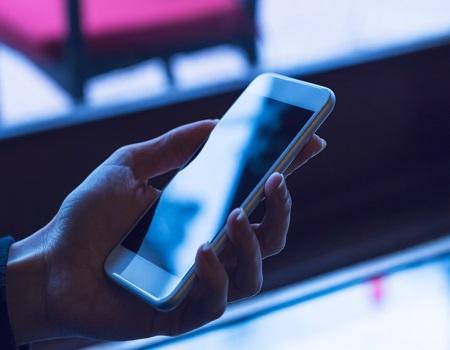 The long rumored iPhone 7, which Apple will likely announce this month, is expected to help boost the company's shipment numbers. However, observers are torn over whether the new smartphone will be the technological leap forward that will inspire people to buy, or just another also-ran as the company bides its time until next year.

In an attempt to bounce back, the industry has launched buy-back programs and other incentives to get consumers into stores and ordering the devices. Larger smartphones, or phablets, are seen as a growth area. Companies will try to blend virtual and augmented reality into these devices to spark interest, but those efforts are likely 12 to 18 months away, so it will be some time before vendors see return on that investment.

From a technological standpoint, smartphone innovation seems to be in a lull as consumers are becoming increasingly comfortable with 'good enough' smartphones. However, with the launch of trade-in or buy-back programs from top vendors and telcos, the industry is aiming to spur early replacements and shorten lifecycles. Upcoming innovations in augmented and virtual reality (AR/VR) should also help stimulate upgrades in the next 12 to 18 months.

For IT departments managing fleets of different devices, IDC's forecast offers some noteworthy insight about mobile operating systems. Specifically, the report confirms that the smartphone market is a two-OS race between Google's Android and Apple's iOS.

By the end of the year, Android, which is installed on many different devices from several manufacturers, is expected to have a market share of about 85% worldwide. iOS will own nearly 14% of the market, with Microsoft's Windows Phone accounting for only 0.5%, and the "other" category -- read BlackBerry -- is projected to have a paltry 0.3%.

[Read how Tim Cook sees the future of Apple.]

However, the more startling numbers are the research firm's market share estimates for 2020, where Windows shrinks to 0.1%, and the "other" category is reduced to zero -- which appears to predict that the BlackBerry OS will cease to exist.

Scott works with the editors and editorial directors of InformationWeek, Dark Reading, and Network Computing to help build audience engagement for all three publications. He also oversees editorial newsletters for InformationWeek and works as the day-to-day news editor for ... View Full Bio
We welcome your comments on this topic on our social media channels, or [contact us directly] with questions about the site.
Comment  |
Email This  |
Print  |
RSS
More Insights
Webcasts
Building Asset Management into Your Enterprise Security Strategy
Take DevOps to the Next Level
More Webcasts
White Papers
IDC Market Share: How the Network Is Used to Unmask the Adversary
Gartner: Hype Cycle for Security Operations
More White Papers
Reports
Gartner Market Guide for Insider Risk Management Solutions
The State of Cloud Computing - Fall 2020
More Reports

Regarding BlackBerry, I totally agree. The hardware will go first and soon, with the operating system to follow after that. The company is pivoting to back-end services, management and security. Windows Phone remains a mystery. It seems like Microsoft wants to keep the OS around so it can say it's still there, and then use that a base to push out it's other apps to Android and iOS. I think Microsoft wants to focus on Surface and use that as the ultimate PC replacement, and push smartphones further and further away.
Reply  |  Post Message  |  Messages List  |  Start a Board
InformationWeek Is Getting an Upgrade!