50%
Tweet
Samsung's flagship smartphone reaches stores March 11. Here are some fast facts about the Galaxy S7 you need to know before you buy.

The Galaxy S7 and S7 Edge will be available to consumers around the world beginning Friday. Samsung's flagship phones for the year are superb in nearly every way, but there are a few caveats worth knowing about before you head to your local wireless shop. Let's get down and dirty with the Galaxy S7.

To start, the phone is practically unfixable. iFixit performed its ritualistic teardown of the device and discovered that there's almost no way to disassemble the handset without destroying the screen. The individual components underneath the handset are modular in nature and rather simple to replace on their own.

Samsung, however, used a prodigious amount of glue to keep the Galaxy S7's glass panels in place. The result? The Galaxy S7 earns a score of 3 out of 10 on iFixit's repairability index. Bottom line, you won't be able to service this phone yourself.

Samsung's carrier partners are doing their best to ruin the Galaxy S7. The AT&T and Verizon Wireless variants of the GS7 and GS7 Edge, in particular, are sodden with bloatware and duplicate applications. The phones include pushy, carrier-branded apps and services that prod owners to use them rather than alternatives from Google. What's most frustrating is that the bulk of the bloat cannot be removed from the phone. Bottom line, if you're looking for a stock Android experience, look elsewhere. 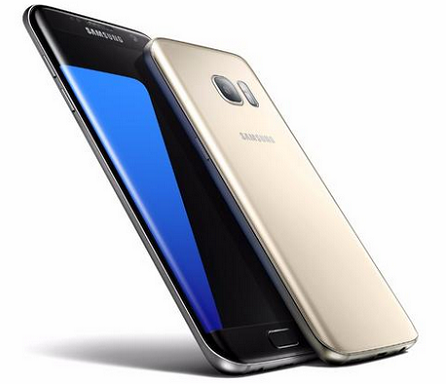 The cameras vary. The GS7 and GS7 Edge use a new camera sensor that drops from 16 to 12 megapixels. Samsung increased the size of the individual pixels to improve low-light performance, and is using what it calls "dual pixel" technology to aid autofocus.

The phones can focus in a blink, and early imaging results from reviewers are promising. The phones aren't all using the same sensor. Some of the sensors come from Sony and some of the sensors come from Samsung. There's no way to tell which is inside each phone. To date no one has been able to demonstrate side-by-side shots taken from the two different sensors for a proper comparison.

Samsung skipped adoptable storage. This year, Samsung is shipping the Galaxy S7 and S7 Edge with a single storage option -- 32GB. Of that 32GB, about 25GB is available to device owners to store apps, media, and other things. The Galaxy S6, by way of comparison, was sold in 32GB, 64GB, and 128GB variants. The big difference here is that the GS6 didn't include expandable storage while the GS7 does. Owners can stuff memory cards up to 200GB into their GS7 to expand its capacity.

Adoptable storage allows users to merge the memory card with the embedded storage so the device sees a single hard drive, so to speak, rather than two. This has some security benefits, because the memory card is then encrypted and can only be used in the GS7 in question.

The downside is users need to leave the memory card inside the phone at all times. Without adoptable storage, the Galaxy S7 will always show two separate storage spaces, but users can remove the memory card when needed. While each scenario has its benefits, adoptable storage is more secure -- which is something people are very concerned about lately.

These points aside, the Galaxy S7 and S7 Edge are impressive handsets.

I had the S4 and it was a good phone. Problem was the bloatware which just killed the user experience. I had a 64 gig card which is great for storage of songs and video, but not necessarily for apps and data storage. That depends upon the carrier. To me the Samsungs are nice phones but do not make my life easy. They do not synch with Outlook (or didn't when i had the S4), you are at the mercy of the service provider for o/s upgrades and not all upgrades are the same. Putting any type of file on a card means slower performance too. For me, life is a lot easier with the iPhone-something i never thought i would say.
Reply  |  Post Message  |  Messages List  |  Start a Board
Editors' Choice
Hot Topics