Geofeedia finds geo-tagged messages, photos, and videos for journalism, surveillance, and location-based market intelligence.
David F Carr
Editor, InformationWeek Government/Healthcare
August 13, 2012
Thomson Reuters is using the same service to pinpoint social media associated with news events. In April, when a jet fighter crashed into an apartment complex in Virginia Beach, Reuters at first was playing catch up with local TV news outlets, who were the first to get access to user-generated video from the site, said Matthew Keys, deputy social media editor. "We were finding it difficult to reach people out there, but then I logged into [Geofeedia], drew a map around the apartment complex, and we were able to get these great Instagram photos and video that we tweeted out and sourced to the photographer," he said.

Keys said he had developed other techniques over the years for finding news content in social media, but Geofeedia takes a lot of the labor out of the process of finding posts or media from a specific location. "It's much easier for us to vet where a photo was taken," he said. Although it's possible for someone to override the geographic coordinates attached to a picture, "most people wouldn't even think to do it," he said.

In addition to marketing and news gathering, Geofeedia says its service has many other potential uses. For example, security managers at sports venues might want to monitor social media for indications of trouble in the stands. Police agencies and local governments might also want to monitor specific locations for signs of trouble, or other issues they need to address. Other possible customers include disaster relief organizations and executive surveillance, in the latter case tracking whatever location an executive is visiting to be alerted to protests or other trouble.

Both L&S and Reuters have been using Geofeedia as a free trial service, although Burns said she is on the verge of signing a contract. She sees the value because, previously, as people traveled across the state, "we used to have no way of seeing whether sharing photos and what they're tweeting about."

For the tourism department, using the service effectively requires checking it on a daily basis, because it captures about 24 hours worth of activity, Burns said. One of the improvements she is looking for is an improved reporting capability, or possibly integration with a general social media monitoring tool such as Radian6.

Keys said he sees potential for Reuters to make more use of Geofeedia, although so far it's not something he uses on a daily basis. Although it has proven useful in spot news situations such as that jet plane crash, he has some concerns about sourcing photos, because social media users will often re-post something from other websites. Use of the tool is so far confined to his department, which is mostly responsible for promoting Reuters content on social media, he said. His group also assists with using social media as a research tool, but that's a smaller part of the job.

"We've talked about making Geofeedia into a tool that integrates into the workflow of our journalists, but I don't think we're there yet," Keys said.

The Geofeedia service is still relatively new, becoming commercially available in May after a beta period. Geofeedia offers different prices for different kinds of uses, because some customers are looking for ongoing monitoring while others are more geared to searching. Monitoring plans are based on the number of locations covered, but also include an allowance for ad-hoc searches. Search-based plans are metered by the number of searches.

Geofeedia also is working on product improvements, such as an option for consolidated views of multiple locations. One early customer is a retailer who wants to monitor social media activity from many stores, according to Geofeedia, and the current edition of the product requires them to look at each location individually. 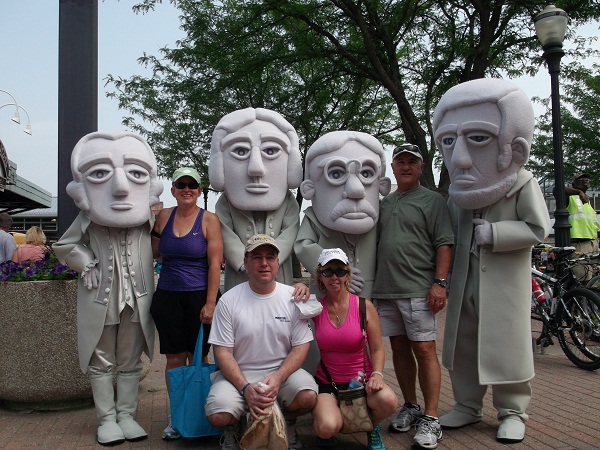