Give The Software Away, Sell The Data 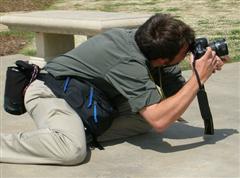 That points to a possible new business model for Web 2.0,
Mitch Wagner
California Bureau Chief, Light Reading
November 22, 2006
he most used camera among Flickr users is the Canon EOS Digital Rebel XT, according to statistics released by Flickr. The company automatically captures the types of camera used to take photos that users upload.

That points to a possible new business model for Web 2.0, says Paul Kedrosky: Companies can aggregate and mine the information their users give up, and sell that information to interested third parties. "[I]t won't be long before we see some software services companies make more money from ancillary data than from their app itself. Give the software away, so to speak, and sell the data," he says.

(Via TechCrunch. Photo: Thanks, taliesin.)