50%
Tweet
Apple, Yahoo, and Google are making inroads into enabling smartphones to become a replacement for entering passwords -- a move that may not come soon enough for some users and help desks.

In a move to shore up security and reduce the number of times users have to reset their passwords, Apple, Yahoo, and Alphabet are among the tech companies developing ways for users to enable smartphones to replace the need for entering passwords.

This effort to replace the less than secure practice of using passwords has been in the works for years, but more recently tech titans are stepping up to move the effort forward.

Unfortunately, some of those efforts have been less than smooth. Apple is relying on its Touch ID feature on its newer iPhones and iPads to serve as a secure biometric method to access the device, without the need for a password. But users as recently as last week complained that if they have third-party hardware installed on the device, their iPhone or iPad is rendered useless when Apple's iOS software does a security check and cannot match the Touch ID sensor with other components in the device. 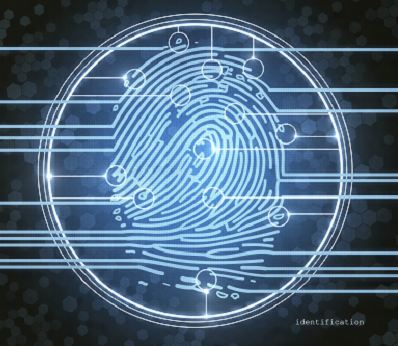 Meanwhile, iOS developers are developing apps to work with Apple's Touch ID feature to allow users to sidestep the use of passwords, notes a Wall Street Journal report.

Alphabet's Google in December acknowledged it's testing a new way for Android users to log into their Google services by responding to an alert sent to their smartphone rather than punching in a password. The service being tested is called "Sign in with your phone" and Google is exploring expanding its sans password approach by enabling users' Android phones to also recognize speech, typing, and other behaviors as a means to replace passwords, according to the Journal.

And in October, Yahoo launched Account Key, which is similar to Google's efforts in that it sends a notification to a user's smartphone, which requires users to confirm an attempt to log into an account before access is granted, TechCrunch reported.

Microsoft also has something in the works but it goes beyond incorporating the use of a smartphone to replace passwords. The Redmond giant has developed a biometrics security feature called Windows Hello into its Windows 10 operating system.

However, as much as users complain about having to remember a zillion passwords, the adoption rate of password-free options has been mixed. Yahoo in October found only 3% to 4% of its users relied on its on demand password services, according to TechCrunch. But Apple has seen greater success with 90% of iPhone users taking advantage of either a password or Touch ID to lock their device, up from roughly 50% two years ago, according to the Journal.

Nonetheless, tech companies are moving forward in their effort to create a password-free lifestyle of users.


@Whoopty I agree with you there. I believe that the main feature of security should remain password. For security reason you can limit the number of tries a person can make. Greater number of false logins and device should be locked as in most cases of ATM machines. Secondly the feature of biometric is a good one but should remain secondary to password which by far is the strongest mean of protection as yet. What do you say?

This is an unfortuantely necessary measure. Passwords are only as strong as the person who comes up with them and unfortunately too  many people still don't understand that a single word or a string of obvious numbers in sequence just doesn't cut it.

I'd like to see more effort given to educate people on security as well though. Simply taking away the thought by making it all about a biometric scan seems like it could lead to worse breaches in the future, as people rely on it a little too much.
Reply  |  Post Message  |  Messages List  |  Start a Board

Yahoo in October found only 3% to 4% of its users relied on its on demand password services,
I wonder what's the percentage of Android users that don't use passwords anymore.
In any case, I just got a laptop with a fingerprint sensor. I'm gonna give Windows Hello a try for sure. It seems limited tho, Just fingerprint, iris or facial recognition. How about voice recognition? I think that is something Cortana can handle pretty well.
Reply  |  Post Message  |  Messages List  |  Start a Board
Editors' Choice
Hot Topics