Before a crowd of reporters and guests, Google provided an update on its forthcoming browser-based operating system, Chrome OS, and invited attendees and select early adopters to try Chrome OS running on an unbranded netbook through a pilot program. Chrome OS aims to be speedy, simple and secure: all the things that the typical PC is not. It achieves these goals by limiting the user to Web apps, running in the Chrome browser. But Google doesn't see this as a limitation; it sees it as a way to pr 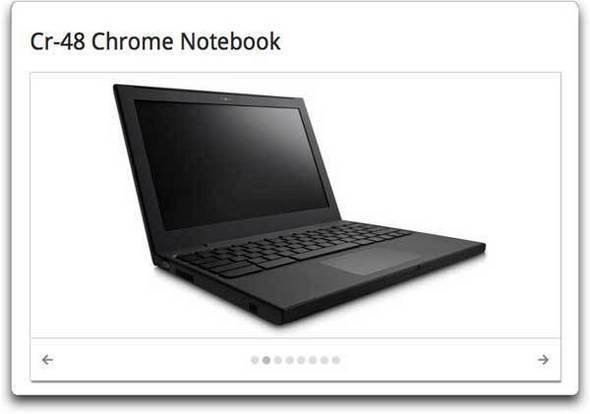 It looks a bit like an Apple PowerBook G3 from the late '90s. Keep an eye out for the Samsung model next year.

Sundar Pichai, VP of product management, says that people spend most of their time on the Web these days. For Google, the future is in the cloud. "Cloud computing will essentially define computing as we all know it," said CEO Eric Schmidt. Chrome OS starts in seconds rather than minutes. It features sophisticated sandboxing -- the most secure sandboxing in any consumer operating system, Google claims. It's still missing some necessary features, like offline storage capabilities and printing. But they're coming on the next few months. And when Chrome OS arrives in mid-2011, expect businesses to be interested as well as consumers. To hear Google tell it, corporate IT executives have been inquiring anxiously about the progress of Chrome OS, intrigued by the promise of computers that are less expensive, more manageable, and more secure than traditional desktop computers.