Google might resort to naming and shaming smartphone makers and carriers who are behind in updating Android devices.

Android smartphones have faced an issue called fragmentation almost as long as the platform has been around. Nexus-branded phones receive new versions of Android right away, but all other handsets are at the mercy of their makers, and the makers' carrier partners. Some companies are better than other at pushing updates, but that's no consolation for the hundreds of millions of devices left running old builds of Android.

Google is sick of the sluggishness, and it's hatched a plan that might speed things up.

Security, more than user-facing features, is the heart of the matter. After the Stagefright scare in 2015, Google immediately stepped up efforts to improve the security of Android devices. It now issues security patches on a monthly basis. The problem? Besides Nexus phones, few models ever receive these security updates.

In order to scare some sense into its handset partners, Google has compiled a list ranking just how good each smartphone maker is at providing timely updates. The idea, reports Bloomberg, is to shame the makers into pushing updates out at a faster rate. 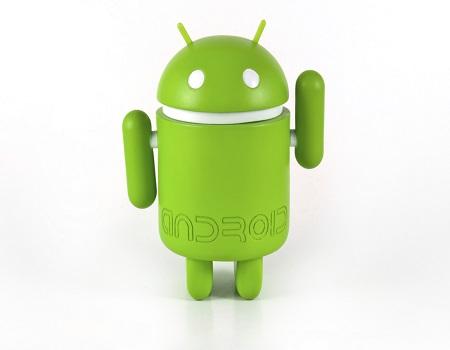 In fact, the company has already shared the list with its manufacturer partners and is weighing whether or not to disclose the list to the public. Those that are slow to deliver updates rank poorly on the list, perhaps giving consumers an incentive to pick phones from companies more apt to provide updates.

Will the strategy work? Who knows?

Google is partly to blame for the problem. They way Android was designed often requires brand new builds of the platform to add new features and security tweaks. Each phone requires its own system image, which must be put together by the manufacturer. Once the OEM finalizes the build, it goes to the carrier partner for testing. The process is known to take months.

Verizon Wireless once told me that preparing system updates for existing smartphones is nearly as much work as launching the phone in the first place. Sprint told Bloomberg that its approval process used to take 12 weeks, but it has been shortened to "a few weeks." It's no wonder phone makers and carriers are loath to spend the time and resources updating products that have already shipped.

In a post-Snowden world, consumers are beginning to take the security of their personal information more seriously. More people have consented to locking their phones, for example. Locked phones aren't protected from the large number of bugs that are out there, and the vast majority of Android devices have not been patched.

[Room for debate: Is Android fragmentation a good thing?]

The Federal Communications Commission and the Federal Trade Commission are concerned as well, and have asked mobile carriers to provide details on their processes.

Apple's model, as we all know, is dramatically different. Apple retains full control over iOS. The company distributes major and minor updates without carrier approval. The result? More than 80% of iOS devices are using iOS 9.x, the most recent build of Apple's mobile platform. In comparison, only 7.5% of Android devices are running the newest build.

Google believes Android N will also help. The company says the next version of Android will be more modular, allowing it to push smaller updates to more devices. Again, this doesn't help all the phones running older builds of Android, which at the moment total almost 1.4 billion.

Eric is a freelance writer for InformationWeek specializing in mobile technologies. View Full Bio
We welcome your comments on this topic on our social media channels, or [contact us directly] with questions about the site.
Comment  |
Email This  |
Print  |
RSS
More Insights
Webcasts
Building Asset Management into Your Enterprise Security Strategy
SASE: The Right Framework for Today's Distributed Enterprises
More Webcasts
White Papers
The Essential Guide to Securing Remote Access
The Impact of the SolarWinds Breach on Cybersecurity
More White Papers
Reports
Intelligent Outcomes Are Key to Business Resilience
DNS Network Traffic Volumes During the 2020 Pandemic
More Reports