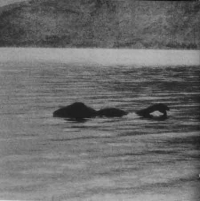 As recently as last week, ValleyWag proclaimed: "There is no Googlephone, folks. Move along."

ComputerWorld, after ringing up a few analysts today concludes that "wireless handhelds running Google Inc. applications and operating software expected in the first half of 2008." See Photoshop artists' renderings of the proto-appliance here.

Ring me next spring, Nessie. On your G-phone.